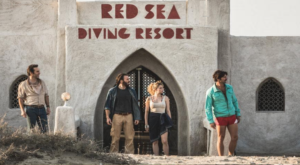 The new book’s author tells the Daily Mail how the Mossad’s phony Red Sea diving-school resort, set up to smuggle starving Ethiopian Jews out of war-torn Sudan, was later used by the Al Qaeda chief for his terror HQ.

The author of a new book “Red Sea spies” that sheds light on an operation conducted by Israeli secret service [Operation Brothers] to smuggle Ethiopian Jews from inhospitable Sudan, claims the leader of Al Qaeda terror group used the site as his headquarters in the country some years later.

In an interview published in the Daily Mail on Saturday, Raffi Berg said a Sudanese businessman who invested in the resort confirmed that Osama Bin Laden stayed at the location for at least two weeks sometime in 1991, at least six years after the secret Mossad operation was completed.

Website of the Federal Bureau of Investigation listing bin Laden as deceased on the Most Wanted List on May 3, 2011

Bin Laden apparently moved to Sudan after being kicked out of Saudi Arabia criticizing the government and needed refuge. The officials in the impoverished African state, welcomed the young entrepreneur, unaware of his intentions to set up residence in order to expand his terror network.

“The fact he moved in to a secret base once used by Mossad only adds to the intrigue,” Berg told the Daily Mail.

The “Arous” resort was set up in 1981 by a group of Mossad agents, posing as diving instructors, on orders from then-Prime Minister Menachem Begin.

Their mission was to retrieve Ethiopian Jews from Sudan, an enemy of the Jewish state at the time, including members of a reclusive sect called Beta Israel.

Over the span of nearly four years, the agents smuggled at least 7,054 Ethiopian Jews to Israel. In 1985, a military coup in the country prompted Israelis to leave the area out of fear of getting caught.

During the time the resort was active, it hosted members of Egyptian and British military.

A film inspired by the events of the secret mission, titled “The Red Sea Diving Resort,” was released last year on the Netflix streaming platform. It stars Greg Kinnear, Ben Kingsley and the Captain America star Chris Evans.