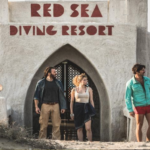 The new book’s author tells the Daily Mail how the Mossad’s phony Red Sea diving-school resort, set up to smuggle starving Ethiopian Jews out of war-torn Sudan, was later used by the Al Qaeda chief for his terror HQ.

The author of a new book “Red Sea spies” that sheds light on an operation conducted by Israeli secret service [Operation Brothers] to smuggle Ethiopian Jews from inhospitable Sudan, claims the leader of Al Qaeda terror group used the site as his headquarters in the country some years later.

In an interview published in the Daily Mail on Saturday, Raffi Berg said a Sudanese businessman who invested in the resort confirmed that Osama Bin Laden stayed at the location for at least two weeks sometime in 1991, at least six years after the secret Mossad operation was completed. Continue Reading »