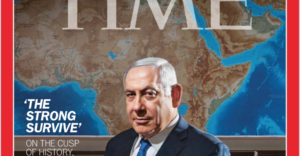 With the next national election just weeks away, Case 4000 has become a battlefield upon which anti-Bibi and pro-Bibi forces are battling one another like there’s no tomorrow. As is typically the case in war, all standards of decency and civility have been suspended.

The latest skirmish came in the form of reporter Guy Peleg quoting details from the Police questioning of Shlomo Filber, who at the time of the alleged scandal was Netanyahu’s chief-of-staff. Peleg, feeding on leaks from the Police and Attorney General’s office, is considered by Netanyahu-supporters to be a hostile journalist who has embarked on a broad and determined campaign to see Netanyahu found guilty, or at the very least so badly tarnish his name that Bibi will no longer be seen by the public as fit for leadership.

Two days ago, Peleg, whom Netanyahu has dubbed the “fake news champ,” was quoting once again from the minutes of Filber’s questioning. This time, Filber was cited as saying that “it was obvious to me that this [deal with Bezeq aimed at lowering telecommunication prices] would be a national disaster.” According to the daily Haaretz, this smoking gun was supposed to remove “any doubts about illicit deals between Prime Minister Benjamin Netanyahu and fallen telecom tycoon Shaul Elovitch. Case 4000 should be put to rest after the details of Shlomo Filber’s statements to police investigators were leaked this week.”

This would have been the case if the quote had been accurate. As it turned out, however, Filber’s words were misconstrued. Instead of “would be a national disaster,” what Filber really said was “it is not as if someone told me this is a national disaster.” Consequently, Peleg stood corrected, and a day later he apologized, but not for any damage he had done to Netanyahu. Rather, Peleg apologized to Filber. “This [misquote] caused a great injustice to Shlomo Filber,” he said.

Peleg’s confession was a fatal blow that has determined the outcome of this latest skirmish, decisively won by the pro-Bibi side. A tweet from Jonathan Urich sums up the current sentiment in the pro-Bibi camp: “Yesterday, Guy Peleg opened up the news with a complete lie and turned the whole story upside down the day after. King of fake news. Peleg was caught red-handed.”

Peleg’s dishonesty, however, is not going to put an end to this ongoing saga. The rival camps will continue to fight and bleed until the very end, even beyond the election day. For the anti-Bibi camp, the only way this fight can end is with Netanyahu casted out from public life.