Netanyahu requests hearing broadcasted live so public can hear ‘my side’

In a message directed at Israel’s attorney general, PM Netanyahu, who faces possible indictment in 3 separate criminal cases wants his pre-trial hearing aired live, saying, “the time has come for the public to hear everything, including my side.”

Prime Minister Benjamin Netanyahu called on Thursday for his pre-trial hearing on corruption allegations to be broadcast live, saying that “the time has come for the public to hear everything, including my side”.

Following a deadlocked September 17 election, Netanyahu is fighting for a fifth term in office that might confer legal immunity in three long-running cases that he has cast as a baseless and politically motivated witch-hunt. Continue Reading » 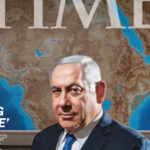 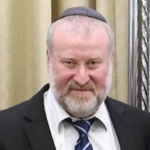 Israel’s Attorney-General Mandelblit said that PM Netanyahu will be indicted in three cases: for bribery, fraud and breach of trust.
– The decision to indict the PM could decisively impact upcoming election.
– PM Netanyahu, “There will be nothing, because there is nothing.”

Attorney-General Avichai Mandelblit announced his intent to indict Prime Minister Benjamin Netanyahu for bribery on Thursday in a blockbuster decision that could decisively impact the April 9 election.