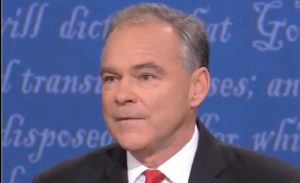 Kaine was apparently referring to remarks Eizenkot made in January when he said,“Since the end of 2005, Israel’s central threat was Iran,” he stated. “The deal is a significant change in the vector Iran is going toward.”

Eizenkot said the IDF was forming new assessments as a result of the deal, noting, however, that in his estimation, “in the next five years, Iran will work to maintain the nuclear agreement, but in 15 years it will continue its vision to achieve a nuclear weapon.”

The IDF Chief argued that Iran’s efforts to achieve nuclear weapons stemmed from its ambitions to become an even greater regional power.