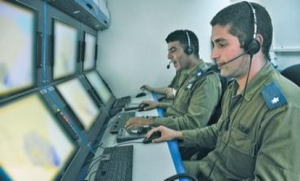 The radar is the same one used by both the Iron Dome and David’s Sling anti-missile defense systems. It is used to identify and locate incoming rockets but is also able to identify other aerial targets within a 250km radius.

The Czech republic will reportedly be buying eight radar systems to the tune of $100 million to replace the Soviet era systems still in use in the country.

The eight systems will arrive in the Czech Republic after construction in Israel sometime between 2019-2021.

Czech Minister of Defense Martin Stropnicky told AP that the radars will be used for air defense, with the ability to detect anything flying between 100 meters and three kilometers above the Czech Republic, such as low flying aircraft violating Czech airspace.

According to Israel Aerospace Industries, the radar can track up to 1,100 targets simultaneously.

The Czech acquisition of Israeli radar systems is complemented by the fact that the central European nation is also looking into acquiring Patriot missile batteries. These batteries are able to fire missiles suitable for the David’s Sling system.