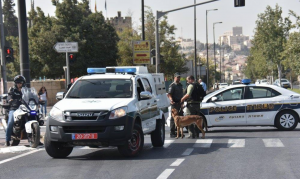 The pilot, which was carried out for a six month period between 2016 and 2017 on traffic police and on duty officers, revealed that body cameras improve officers’ interactions with the public and overall general performance, according to Haaretz.

The police stations which used the devices also saw a 25 percent drop in complaints from the public.

There were 138 officers who took part in the six-month trial period in major cities across Israel.

Israeli police affirmed that the cameras could bolster public confidence as a recent poll found that only 40 percent of Israelis have confidence in local law enforcement. The move could also be a way to counter public videos of incidents posted on social media.

Officers who participated in the project reported feeling that they had more control and that incidents were resolved faster due to the cameras. Police also said the cameras improved their etiquette and that they felt more confident about their performance on the job.