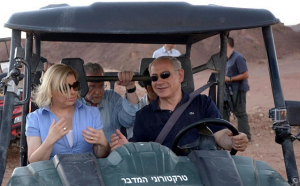 After all, Degani has been paid to take polls for the Likud for many years, and the survey was leaked to the pro-Netanyahu Israel Hayom newspaper. Degani’s polls always give the Likud more mandates than those of other pollsters.

But surveys taken by other pollsters also indicated support for Netanyahu that is undeniably impressive considering all the bad press he has gotten over the past two weeks.

The Smith Research poll that ran in last Friday’s Jerusalem Post gave the Likud a 28- to 22-seat lead over Yesh Atid, despite 48% of respondents declaring the prime minister corrupt.

That was the highest number of mandates the Likud has received in Smith polls in years.

Even the pollster whose polls consistently predict the fewest Knesset seats for the Likud, Camil Fuchs, gave the Likud a 27- to 23-seat lead over Yesh Atid in the poll he took for Channel 10.

With such results, it is no wonder that the Prime Minister’s Office leaked that Netanyahu was more likely to initiate an election than his coalition partners, even after Netanyahu himself said repeatedly that the current government would complete its term in November 2019.

So why is Netanyahu still doing so well in the polls, despite police probes 1000, 2000, 3000 and 4000, and the new case involving an aide who allegedly offered the attorney-general post to a candidate on condition of closing the investigation against Sara Netanyahu? There are several reasons, and readers can decide for themselves whether one, all or none of them are correct.

1. Israelis like their leaders a little corrupt
This has been proven true time and time again, from the 17 seats that Shas won in 1999 when its leader Arye Deri was on the way to prison, to Tzipi Livni, who has a clean image, repeatedly failing in multiple parties. Israelis like their leaders to have elbows, because they will be the ones fighting for Israel on the world’s stage, and the worst thing you can be in Israel is a freier (sucker).

2. Netanyahu keeps Israelis safe, and that’s what matters
Netanyahu has persuaded Israelis that he and only he can protect them in the face of the nuclearization of Iran and other threats. Until someone else comes along who can make Israelis feel nearly as safe and secure as Netanyahu, he will keep winning elections, no matter what he is accused of next. Israelis vote on security, and on that, there is currently no alternative to the prime minister.

3. PM as PR whiz
Netanyahu is also way above any other potential leader when it comes to international diplomacy.

Perhaps no one else in the world has met so many international leaders on six continents over the past two years. There are those who say Netanyahu has increased his time abroad to avoid facing police back home.

But he had every right to keep the Foreign Affairs portfolio, and even the opposition does not deny his success.

4. It’s the economy, stupid
With strong economic growth, record tourism, and low unemployment, who wants to replace a leader? Even the cost of housing has started coming down, so Israelis will not rush to replace their prime minister.

5. They’re lying
Israelis are notorious for their animosity toward elites. That includes the media, professors, the heads of the legal system, and yes, pollsters. This was one of the reasons given for pollsters failing to predict the extent of Netanyahu’s victory in the last election. But out of all the possible answers, this one makes the least sense, because the other questions in the polls such as whether Netanyahu is corrupt do not give him positive results.

6. No alternative
Had former defense minister Moshe Ya’alon accepted Netanyahu’s offer of the Foreign Affairs portfolio when he gave Avigdor Liberman his job, he would have been Netanyahu’s inevitable successor waiting in the wings. When the investigations intensified, coalition partners might have even forced out Netanyahu and asked Ya’alon to form a government. But he made a huge political mistake by burning bridges and leaving the Likud. Without him, there is no alternative who appears to Israelis to be ready for one of the world’s hardest jobs.