In an unofficial poll on Twitter, an Al-Jazeera media personality asked his 5 million followers in Arabic, who they’d support if war broke out between Israel and Iran. Surprisingly, it showed most Arabs supporting Israel.

In an unofficial, unscientific survey, a firm majority of respondents from across the Arab Middle East said they would back Israel in a war against Iran and its proxies in Syria.

The poll was conducted on Twitter by Faisal al-Kasim, an Al-Jazeera host who is one of the most influential TV media personalities in the Arab world.

Al Jazeera’s Faisal al-Kasim, one of the most influential TV personalities in the Arab world, asked his five million followers, in Arabic, who they’d support if war broke out between Israel and Iran and its militias in Syria. 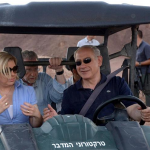 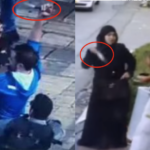 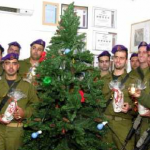 Nearly two-thirds of the respondents (65%) defined themselves as not religious, while 35% said they were religious. Continue Reading »

The research poll has the number of actual voters from Israel at 30,000, which is significantly lower than Israel’s voter turnout in 2012, which analysts suggest is because of who the candidates are this time.

If American citizens in Israel were to choose the next president of the United States, Republican nominee Donald Trump would win the election, according to the results of an exit poll taken among absentee voters in Israel obtained exclusively by The Jerusalem Post.

An Israeli soldier walks past members of the US Republican party’s election campaign team near a mall in Modi’in, Israel.

Palestinians prefer federation with Jordan over independence under their leaders

Poll conducted by A-Najar University in Nablus, found 46% surveyed said they preferred a confederation with neighboring Jordan (where a majority of the population is “Palestinian” Arab) in place of an independent Palestinian state.

Is an independent Palestinian state really all that important to the local Arab population? Well, not exactly, at least not according to a recent Palestinian opinion poll.

The touted two-state solution seems to be more in line with the interests of Western powers than it is for Israelis and Palestinian Arabs themselves.

Conducted by A-Najar University in Nablus, the aforementioned poll found that just 18% of Palestinians believe the two-state solution will actually resolve the conflict, and most respondents opposed the scheme altogether. Continue Reading » 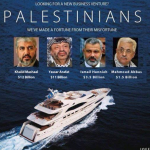 The secluded “Diplomatic Compound,” built for senior Palestinian Authority officials on subsidized land, is one of the symbols of what many Palestinians think is wrong with their leaders – that they are cut off from the people and award themselves special privileges. Continue Reading »

Survey: Netanyahu ranks among Americans in top 10 most admired men

Israeli Prime Minister Binyamin Netanyahu is surprisingly popular in the United States, ranking among the top 10 most admired men. According to a poll published Saturday by the UK-based YouGov polling service, Netanyahu was tied with the Dalai Lama as the 9th most admired man in the United States.

That ranking put him ahead of America’s two most recent former presidents and a slew of other celebrities and politicians.

Survey: Israel places 11th ‘Most Happy Nation’ ahead of US, UK & France

Placing just after Sweden, the Jewish State ranks ‘happier’ than any of the Arab/Islamic states, with the closest in the Mid-East, Jordan, holding the #80 spot.

Israel is caught in an intractable conflict and situated in a region that is crumbling amidst religious extremist violence. And yet, Israelis are amongst the happiest people on earth, according to the annual World Happiness Report.

This year’s iteration of the global survey had Israel once again ranked as the 11th most happy nation, a position the Jewish state has held for the past three years. 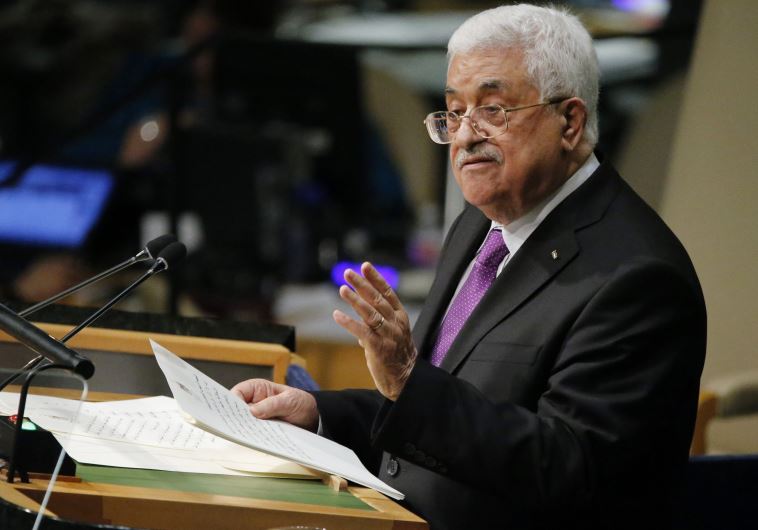 The proportion of those who favor the continuation of the attacks was highest in the Gaza Strip (75%), while in the West Bank only about half (51%) do so. Continue Reading »

A survey published by Israel TV channel 2 shows 56% of Israeli-Arabs think condemning Saudi Arabia for blacklisting Hezbollah as a terrorist organization was not justified.

Most Israeli Arabs think that the Joint List Knesset members do not properly represent them, according to a survey published by Channel 2.

According to the survey, which was completed by 350 people from the Arab sector alone, 56% believe that the Arab MKs do not represent them or represent them to a lesser extent.

On the other hand, 40% Israel’s Arab citizenry feel that the Joint List MKs represent them quite or considerably well. Continue Reading »

POLL: 42% of Palestinians support a 3rd intifada, Abbas would win a mere 36% of the Palestinian vote compared to Hamas leader Ismail Haniyeh, who would get a measly 22%.

Less than half of the Palestinians support a third intifada, a recent poll has shown, compared to 63 percent who supported the violence at the beginning of the current escalation. 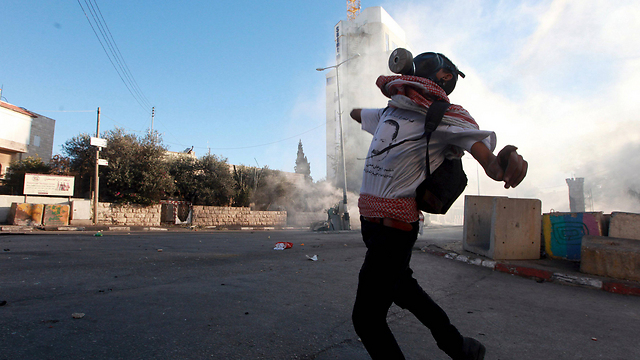 According to the survey, conducted last week in the West Bank and Gaza Strip, only 42 percent of Palestinians support a third intifada, a sharp drop from the 63 percent who supported it in November.

57.2 % of Israeli Arabs: Jewish claims to Israel are equal/stronger than Palestinian

POLL: Firm majority of Israeli Arabs say Jewish claims to Israel are at least as strong as Palestinian claims.

A growing number, in fact now a majority, of Israeli Arabs recognize Jewish rights and claims to this land, according to the latest installment of the monthly Peace Index survey conducted by Tel Aviv University and the Israel Democracy Institute. 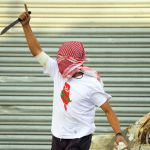 Two thirds of the Palestinian public want Abbas to resign and another two thirds support an armed intifada and the current wave of stabbing attacks across Israel and the West bank, a new survey has revealed. 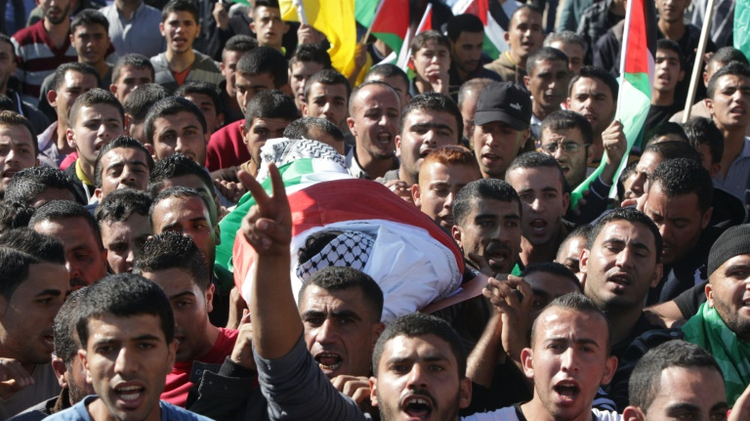 Palestinian mourners carry the body of Mahmud Shalaldeh, 18, who was shot by Israeli troops during clashes the previous day in Hebron, during his funeral on November 13, 2015 – Photos : HAZEM BADER (AFP)

The survey conducted by the Palestinian Center for Policy and Survey Research (PSR) in cooperation with Konrad-Adenauer-Stiftung in Ramallah, asked Palestinians living in Gaza and the West Bank a number of questions relating to the Israeli-Palestinian conflict, their level of confidence in their leaders, the future of the Oslo accords and their opinion on the Islamic State. Continue Reading »