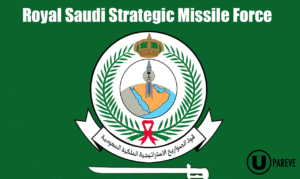 Israeli security sources say this is a significant development in the relationship between Israel and Saudi Arabia.

According to the report, Israel initially refused to sell the Saudis to the system because the two countries have no diplomatic relations and the system may be used against it. Saudi Arabia involved the Americans who exerted pressure and brought about a change in the Israeli position.

The deal is due to take place within a few months and the first battery is due to arrive in Saudi Arabia before 2019.

Knowledgeable observers have suggested the move may indicate Israel has developed a newer version of the system.

Iron Dome was designed to detect, evaluate, and intercept missiles, cannon rounds, mortars, helicopters, and air threats. Launched by the Israeli Air Force in April 2011, Iron Dome intercepted more than 1,000 rockets fired from Gaza in Southern and Central Israel, with a 90% success rate.

Although Israel remains the sole operator of Iron Dome, several countries have expressed interest in the system, including the United States. Raytheon is working toward production of a US version of Iron Dome called the SkyHunter® missile that could someday defend forward-deployed American forces.

This may be a ‘Fake News’ report..