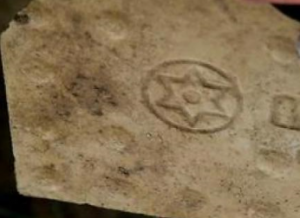 The head of the Egyptian Antiquities accuses a Jewish member of the German archaeological team of vandalizing the Temple with two Star of David engravings.

The discovery of two Star of David engravings on an ancient Roman Temple in Egypt’s southern city of Aswan has caused an uproar. 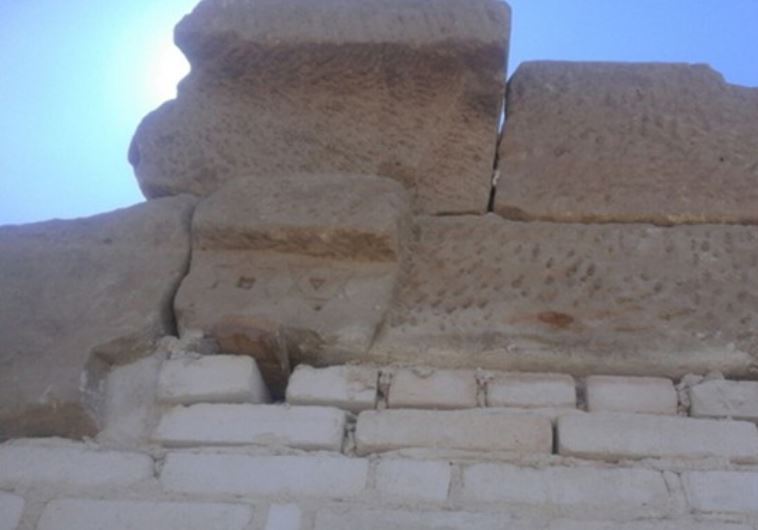 The Sign of David engraving found in the Aswan shrine. – Photo: ARAB MEDIA

Dr. Mohmoud Afifi, head of the Egyptian Antiquities branch in the Antiquities Ministry, has accused a delegation of German archaeologists working on the site’s reconstruction of defaming the site by engraving the Stars of David into a stone in the Shrine, the Jerusalem Post reports.

Afifi ordered the archaeologists to remove the stone from the Temple, and threatened to take legal action against them.

One Egyptian news site, Suezbalady, claimed that a Jewish member of the German archaeology team created the engravings in a spiteful attempt to vandalize Egyptian cultural treasures and provoke Egyptians, the Jerusalem Post says.

A press statement issued by Egypt’s newly-appointed Minister of Antiquities, Khaled Anani, stated that he has ordered a scientific report on the engravings, to be drafted collaboratively by the joint Egyptian-German archaeology team.

The report will include a picture of the stone under discussion from the time it was discovered, to explore its archaeological repercussions without the two Star of David engravings, “Anani’s statement said.

An expert in Islamic antiquities, the statement added, will aid the investigation “to understand whether the Sign of David was common in that early period.”