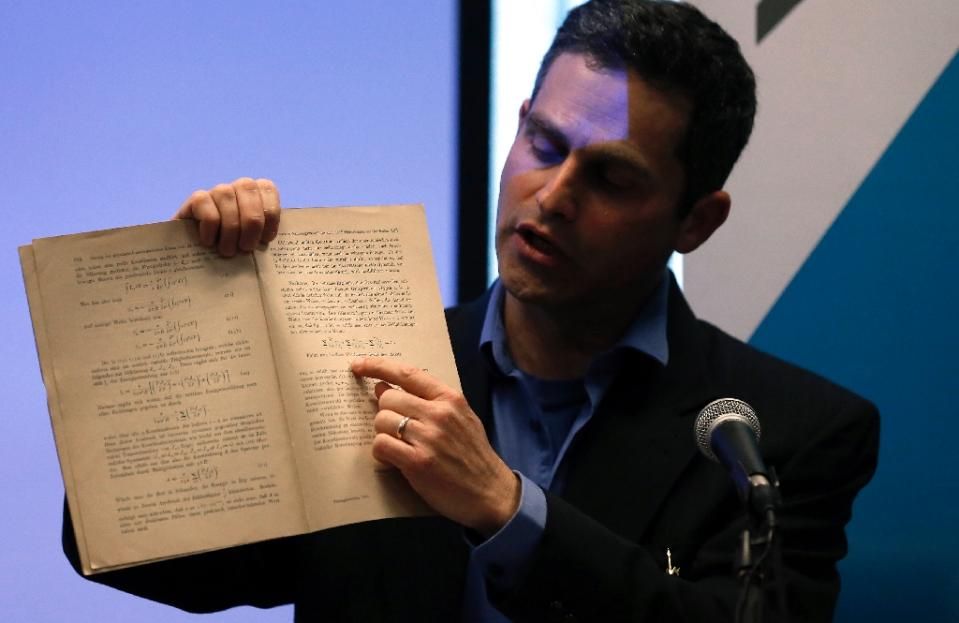 Israeli officials on Thursday offered a rare look at the documents where Einstein presented his ideas on gravitational waves, a display that coincided with the historic announcement that scientists had glimpsed the first direct evidence of his theory.

“Einstein devised this with pen and paper, but it took humanity 100 years to develop the tools to catch a glimpse of it,” said Roni Grosz, curator of the Albert Einstein Archives at Jerusalem’s Hebrew University, pointing to two pages.

One was the first document in which Einstein fully presented his theory of gravitational waves, while the other was a page from his 46-page theory of relativity, written in 1916 and 1915 respectively.

They were written neatly in German, with corrections made within the text. 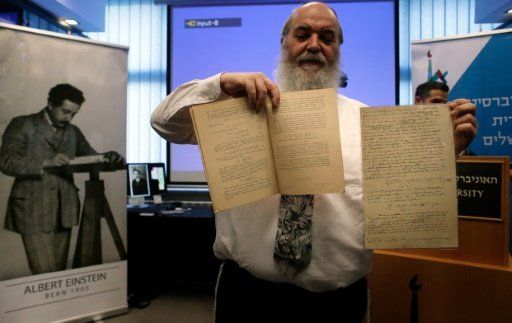 Israeli Doctor Roni Grosz, head of The Albert Einstein Archives at the Hebrew University of Jerusalem, shows the original document (R) written by Albert Einstein related to the prediction of the existence of gravitational waves, on February 11, 2016 – Photo:AFP / by Joe Dyke

The theory of gravitational waves was developed by the German physicist 100 years ago.

In a landmark discovery for physics and astronomy, international scientists announced in Washington on Thursday that they had glimpsed the first direct evidence of gravitational waves, or ripples in space-time.

Einstein’s theory states that mass warps space and time, much like placing a bowling ball on a trampoline.

Other objects on the surface will “fall” towards the centre — a metaphor for gravity in which the trampoline is space-time. 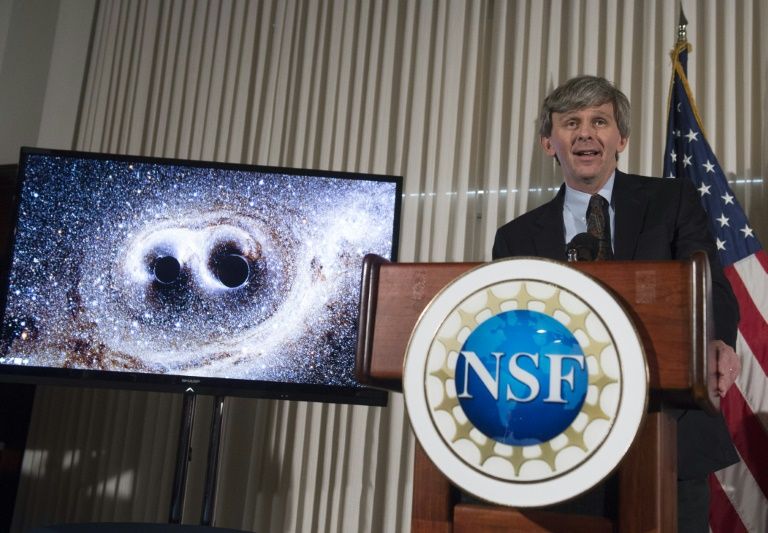 Gravitational waves do not interact with matter and travel through the universe completely unimpeded.

It was a central pillar of Einstein’s theory of gravity, but had never been proven.

“(The discovery) is a very moving moment,” Grosz said, wearing a tie with a picture of Einstein and his familiar bushy hair. “A smile from heaven after exactly 100 years.”