EU has no intention of boycotting settlement products

EU Official says bloc “continues to oppose boycotts, including boycotts of settlement products” besides, there has to be action at the level of the UN Security Council before the EU places boycotts on countries.

Boycotting products from the settlements is not a sanction the EU is considering to demonstrate its displeasure with Israel’s recent decision to construct 3,000 new units in the settlement and push forward planning in E1, the EU’s delegation in Tel Aviv clarified Thursday. 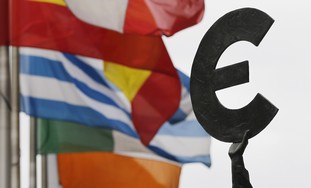 A spokesman at the EU delegation was responding to an article in Ma’ariv that said EU ministers scheduled to meet Monday to discuss Israel’s recently announced settlement plans were considering “accelerating, in a full and effective measure, the implementation of legislation on labeling and boycotting settlement products.”

“Boycotts are not on the agenda,” a spokesman at the embassy said. “The EU continues to oppose boycotts, including boycotts of settlement products.”

The official said that the EU adhered to a general policy of opposing boycotts, except in extreme situations such as Iran and Syria. Generally, the spokesman said, there has to be action at the level of the UN Security Council before the EU places boycotts on countries.

While an EU boycott of settlement products is not on the agenda, speeding up the process by which products from the settlements are given special labels is likely to be discussed, and momentum to move in that direction is expected to pick up speed.

Even before Israel’s decision on settlement construction Friday in response to the Palestinians’ successful UN bid, the EU held a meeting in Brussels last month attended by representatives of Britain, Ireland, Denmark and some NGOs to discuss the matter.

The meeting was described afterward as a “reality check” for some of the NGOs who were hoping that the EU would take up the mantle of boycott and divestment from Israel, something the EU officials made clear was not in the works.

It also emerged from the meeting that the whole labeling issue at the EU level is extremely complex, with the issue crossing various ministerial jurisdictions and different regulations needed for different types of product.

Rather than the EU taking any unified action on the matter, certain individual countries – such as Denmark – are likely to implement the measure on their own. Since 2010 Britain has had an advisory for merchants to label products coming from the settlements, and indeed the Tesco supermarket chain labels produce such as dates coming from settlements in the Jordan Valley as “Product of Israel/Israeli settlement produce.” Agricultural products from Palestinian villages are labeled as Product of West Bank/Palestinian produce.”