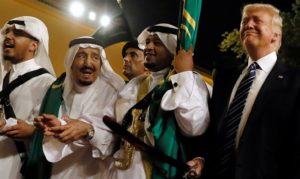 Foundation for Ethnic Understanding President Rabbi Marc Schneier spoke to Arutz Sheva about his groundbreaking work bringing understanding and normalization between Israel and the Arab Gulf states: “We’re living in extraordinary times,” Rabbi Schneier said. “There’s a warming of relations between the Arab Gulf states and Israel. And one particular area where I think I’ve been very, very successful is making it clear to both Gulf leaders and to Muslim interfaith leaders that you cannot separate out Israel from Judaism.

“Meaning, Israel’s not a seventy-year-old political reality for the Jewish People. Israel’s at the very core; it’s at the very center of Judaism, of our religion. So that asking to break out Israel from Judaism is like my asking halal and shariya to be broken out of Islam.”

Rabbi Schneier described the changes in attitudes he has observed over the years of his work: “So I’ve been involved with the Gulf states for close to twelve years. And ten years ago I would hear comments like, ‘You know, Rabbis, we have nothing against Jews; it’s the Zionists, it’s the Israelis.’ I no longer hear those comments, I no longer have that conversation. There is a recognition that if you want to engage in dialogue with the Jewish People, with the Jewish community; if you want to engage in an interreligious dialogue between Islam and Judaism, that you also need to acknowledge that Israel is very much at the core of the Jewish religion.”

“These are all very, very positive developments along the journey; discussions that would not have taken place ten years ago, five years ago, even two years ago.”

“They very much desire establishing relations with Israel. Most people believe that their primary reason is the existentialist threat coming from Iran. I would make that reason number two. Number one, what I hear from most Gulf leaders, whether it’s from Saudi Arabia or whether it’s from Qatar or others, is that the primary reason is econimics, and I’ve heard comment like ‘With our wealth and Israel’s brain trust, Israel’s technology, we could develop together the most powerful region in the world.

PM Benjamin Netanyahu and his wife Sara, on an official diplomatic visit to Oman where they met with Sultan Qaboos bin Said. – Photo: PMO

“My work focuses on the six Gulf states. That’s Saudi Arabia, the United Arab Emirates, Bahrain, the State of Qatar, Oman, and Kuwait. I’m prepared to suggest or to predict that in the year 2019 you’re going to see either one or two Arab Gulf states establishing relations with Israel. I do believe the first state will be the Kingdom of Bahrain. The King of Bahrain consistently – at least since I’ve known the King for seven-and-a-half years – has consistently made pronouncements in support of Israel. Just last week the Foreign Minister of Bahrain applauded Israel for cleaning out the tunnels in the north, and just a few days ago the Foreign Minister of Bahrain tweeted his support for Australia for recognizing West Jerusalem as the capital of the State of Israel.”

“So you see theat the Kingdom of Bahrain has been very, very consistent in supporting Israel and wanting to establish diplomatic relations with Israel.”

“In Bahrain you have a very tiny Jewish community of thirty-seven Jews. It’s the only Gulf state that has an official synagogue, and the King would very much like to see that community grow.

“Recently we discovered that there is a small Jewish congregation in the Emirates, in Dubai, and again the Emirates would like to see that community grow.

“And then even in Qatar, for example, at their large university, which is a goup of many universities from the United States, there can be between 75-100 university students and college professors who are Jewish, so you see that in different Gulf states you do have tiny, small Jewish communities.”

“People are very excited, if not euphoric, and are very supportive of my work. When in modern Jewish history have you had the forces of the United States, specifically the Trump Administration, the State of Israel, and the six Gulf states all coming together – all these forces coming together.

“This is a time of great opportunity and great expectations and why I for one am very, very optimistic that we can see a very genuine, authentic, comprehensive peace for the region that would be a great benefit not only to the Israelis but to the Palestinians as well.”