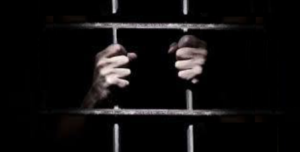 A senior Palestinian official and outspoken critic of the PA autocrat Mahmoud Abbas, was arrested “in a brutal manner by the Palestinian security forces,” after posting a comment on Facebook questioning the 84-year-old’s mental health.

A senior Fatah official who called into question the mental health of Palestinian Authority President Mahmoud Abbas has been arrested by the Palestinian security forces.

Hussam Khader, 59, an elected member of the Palestinian Legislative Council (PLC), was arrested by PA security forces at this home in Balata refugee camp in Nablus on Friday.

Khader, an outspoken critic of the PA leadership, was arrested by the PA’s Protective Security Service after he posted a comment on Facebook criticizing the 84-year-old Abbas’s handling of a recent strike by Palestinian physicians who are demanding a salary increase.

Khader is believed to be closely associated with deposed Fatah leader Mohammed Dahlan, an arch-rival of Abbas who has been living in the United Arab Emirates since 2011.

Last week Abbas denounced the physicians’ strike as a “despicable” act and said he does not have money to meet their demands.

Abbas’s attack drew sharp criticism from many Palestinians, including Khader. On Saturday, Fatah gunmen gathered outside Khader’s house, where some opened fire into the air to protest the arrest.

On March 2, Khader wrote on his Facebook page: “I’m surprised by what Abbas said. I wonder about the mental health of this old man! I call on the Physicians’ Union to form a medical committee to examine him and his health condition. The strike is a legitimate right and is legally protected. I wish the physicians would suspend the strike in wake of the coronavirus. I also call on Abbas to apologize!”

Some Palestinians criticized Khader for publicly insulting Abbas and implying that he’s senile. They also called on the PA security forces to arrest the senior Fatah official.

Ghassan Khader, one of the official’s brothers, pointed out that the arrest took place shortly after Abbas declared a state of emergency after seven coronavirus cases were discovered in Bethlehem and the adjoining city of Beit Jala.

“The state of emergency announced by President Abbas began after midnight with the arrest of Hussam Khader in a brutal manner by the Palestinian security forces,” the brother said. “We hold the president fully responsible for his safety.”

Khader’s daughter, Ameera, said several Palestinian security officers raided the family’s home around midnight and told her father they have a court order to search the house. “They told my father that he needs to accompany them,” she said. “I told them I’m here alone with my grandmother, but they were very tough and violent. Then one of the security officers dragged my father by force, while two others stopped me from approaching him. They let go of me only after my father was forced into a car that was waiting outside.”

Ameera said the search warrant presented by the officers stated that her father was accused of “incitement against the Palestinian Authority.”

Jamal Tirawi, another senior Fatah official from Balata, strongly condemned the arrest of Khader. “This is a dangerous development in the Palestinian arena,” he said. “This is an attempt to silence the voices of our people. Khader is a political leader and there was no reason to treat him in such a violent and humiliating manner.”

Khader previously served time in Israeli prison for his anti-Israel activities and involvement in violence. In 1988 he was deported to Lebanon, from where he traveled to Tunis and joined the PLO.

After the signing of the Oslo Accords between Israel and the PLO in 1993, Khader returned to Balata where he was elected head of a Palestinian committee for defending the rights of Palestinian refugees. In 1996, he was elected member of the PLC in the first Palestinian parliamentary election.