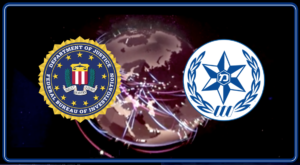 He explained that social media has reached a new level of influence as a tool for terrorists, saying, “none of us are beyond the power of online messaging.”

The top counter-terror official said that radicalization—the process in which normal citizens evolve into terrorists—has changed and now primarily starts or runs entirely as an online process.

Elaborating, he said that there is no longer an extensive old-style Al-Qaeda vetting process to get into Islamic terror groups, but the groups are still either directing or inspiring attackers.

“Never before have we seen so many individuals not only inspired by rhetoric, but ready to act for an alleged ‘cause’,” said McPherson, describing the process by which terror groups incite “lone wolves” to perpetrate attacks.

Because social media and personal electronic devices have become so prominent with terror groups and in how individuals operate in general, he said that it is important that the FBI gets the legal tools it needs to obtain electronic evidence.

This sometimes leads the FBI into “the age-old argument about privacy versus security—where is that balance?” he asked rhetorically.

The FBI works hard to get search warrants in most cases, he added. He acknowledged, however, that in cases where a US citizen communicates with a foreign individual of interest, collecting evidence even without warrants can be allowed as was done in the case of an ethnic-Uzbek named Jamshid Muhtorov.

Muhtorov was sentenced in June to 11 years in prison by a US court in Denver for terrorism issues related to Uzbekistan after a long fight over whether the evidence collected without warrants could be used in court.

Part of what was remarkable about the case was that the US prosecution publicized in vivid detail its intelligence process for collecting the evidence, exposing a world that is usually kept classified and collection powers whose validity was hotly debated for years.

McPherson said that it was, “rare that we would use overseas collection in some type of US court” and that it was even more unusual to have presented the intelligence process in a public setting. “It was rare and will remain rare.”

When dealing directly with social media outlets, he said that the FBI’s approach is dialogue. “Companies must make [their own] conscious decisions” about where to draw the line on when to take down posts because of incitement or connections to terror groups, adding that dialogue is “not a space for the FBI to dictate.”

Of course, he said that, “the keyboard warriors online are only part of the overall efforts” of terrorists which still include organizations directly supporting terror attacks and giving direct orders to operatives to carry out specific attacks.

Regarding Israeli-US counter-terror cooperation, he called it “robust. It is only getting stronger.”

Many FBI agents visit Israel and receive training for better understanding terrorists’ culture and ideology which the agents then “bring it back to us to invest in our cases as well,” he added.

“Israeli partners also come to us” and that both sides “share lots of information with each other” while working independently on most investigations.

One exceptional investigation which was more joint and went even beyond standard information sharing was the cracking of the case and arrest of the JCC hoax bomber.

The minor behind a vast number of fake bomb threats in the US, Israel, Europe and elsewhere was finally indicted in Israel in April 2017 and convicted this past June after unusually deep coordination between the US and Israel.