The ad in question features a photograph of a 1941 meeting between Adolf Hitler and Hajj Amin al-Husseini, described by the group as a Palestinian leader and Hitler ally.

The ads are produced by the American Freedom Defense Initiative, a group that opposes US aid to Islamic countries and has filed similar lawsuits in New York and other cities. 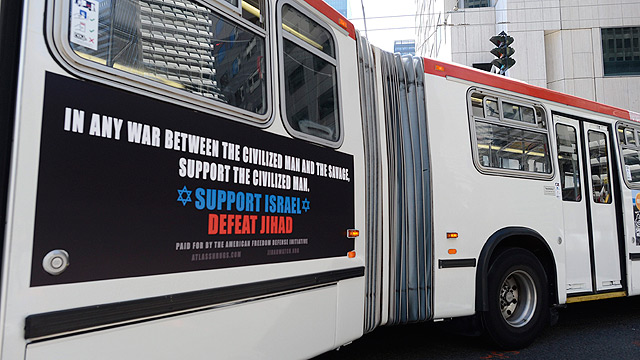 SEPTA General Counsel Gino J. Benedetti testified in December that he rejected the ad because he thought it “put every single Muslim in the same category (of) being a Jew hater.”

Goldberg concluded that the transit authority’s “anti-disparagement” policy, while well-intentioned, was not clearly defined and therefore potentially discriminatory. He noted that SEPTA has run viewpoint ads on public issues including animal cruelty, birth control, religion and fracking.

“It is clear that the anti-disparagement standard promulgated by SEPTA was a principled attempt to limit hurtful, disparaging advertisements. While certainly laudable, such aspirations do not, unfortunately, cure First Amendment violations,” Goldberg wrote.