Commitments offered by Iran in talks with six world powers on its nuclear program do not go far enough and more work needs to be done, French Foreign Minister Laurent Fabius said on Friday. 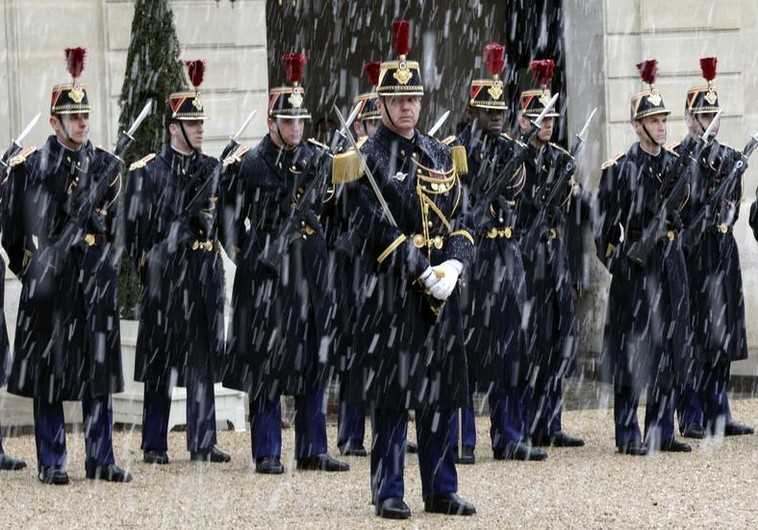 Snowflakes fall as Republican Guards stand in formation in the courtyard of the Elysee Palace. – Photo: REUTERS

Fabius said he had invited US Secretary of State John Kerry, EU foreign policy chief Federica Mogherini and the foreign ministers of Germany and Britain to Paris on Saturday to review the state of the Iran nuclear negotiations.

“We are in favor of a solid agreement … for now there remain difficulties,” he told reporters in Riga where he was taking part in a European Union foreign ministers’ meeting.

“There has been progress but as far as the volume, checks and duration of the envisaged commitments are concerned, the situation is still insufficient, so there is more work to be done,” he said.

The six powers, also including China and Russia, have given themselves an end-June deadline to reach an agreement that curbs sensitive Iranian nuclear work in exchange for sanctions relief. The Western powers hope to have a political framework agreement by the end of March.

The West suspects Iran of secretly preparing the way for production of nuclear weapons. Iran says its nuclear research program is strictly for peaceful purposes.

Fabius took a more downbeat view of the Iran talks than Mogherini, who said earlier in the Latvian capital that a good deal was at hand in the negotiations.

“I also believe that there is not going to be any deal if it is not going to be a good deal. And this is something we have to pass as a message to all our friends and partners,” Mogherini said in apparent reference to Prime Minister Benjamin Netanyahu’s criticism of the nuclear deal under negotiation.

Mogherini said the “last mile” of the nuclear talks would involve political will more than technical negotiations.

US President Barack Obama told Reuters on Monday that Iran must commit to a verifiable freeze of at least 10 years on sensitive nuclear activity for a landmark atomic deal to be reached between Tehran and six world powers.