From the United States to IDF’s military prison

Young idealistic American came to Israel to join the IDF, but his naïveté ended up embedding him in a wild conspiracy to blow up the Dome of the Rock.

He made aliyah from United States as a lone soldier, served as a fighter in the Givati Reconnaissance Battalion, was wounded in Operation Protective Edge, and was a short time away from being released and returning to his family in Los Angeles. But that was when he began his troubled path 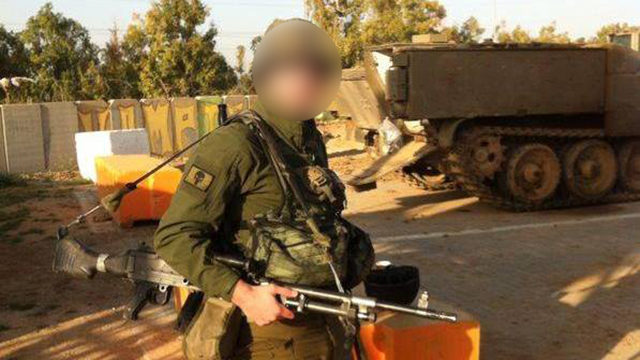 After an investigation by the criminal investigation division, the police and the Shin Bet, David (not his real name) was arrested on suspicion of aiding an American extremist who planned to blow up the Dome of the Rock in Jerusalem, and sentenced to half a year in military prison.

After his release from the army and his return to Los Angeles, David told Ynet about the difficult period he went through after being convicted of stealing explosive materials from the IDF.

The 21-year-old recently finished serving a six months prison term, one of the heaviest penalties imposed on a conscript soldier in the last decade, for removing weapons from the army and selling some of them to Adam Livix, an American Christian who infiltrated Israel and allegedly planned to bomb the Dome of the Rock in Jerusalem.

While David had to serve time in military prison, Livix managed to escape prosecution due to health reasons.

During his military service, David took explosives from the bases he served in, including a frag grenade, 29 meters of fuse wire, four stun grenades, a tear-gas grenade, a smoke grenade, five explosive charges, four explosive boosters, and two detonators. 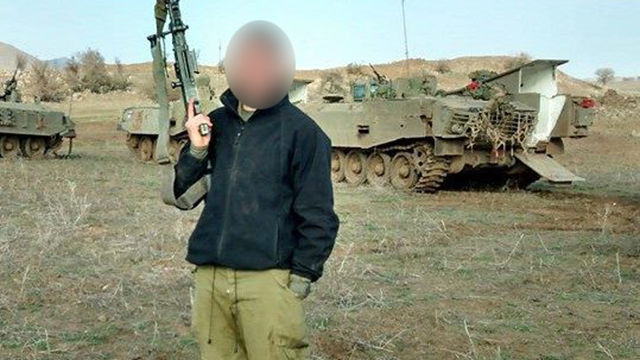 He kept his weapons arsenal at home for over a year. Eventually, Livix asked to buy the explosives.

“He asked me to sell the explosives to him and I refused, and then he stole them from me,” said David. “Because he and his friends were attacked in the Intifada, he begged me to also sell him gas or stun grenades. Eventually I agreed because I told myself that I’d rather see them alive in real life rather than dead on TV, and this way I could save them if they were attacked again.

“I did it to help him. People can be angry about what I did and say it was a terrible deed, but they don’t know that I did it to prevent the deaths of my friends. That’s the main reason I joined the army: To protect my friends, my family, and my country.”

Livix, a young Christian from Texas who was wanted by American authorities, entered Israel as a tourist and acted alone, without any help from a radical organization, to carry out his nightmarish scheme, with the help of a Givati soldier, who claims to have unwittingly gotten involved. 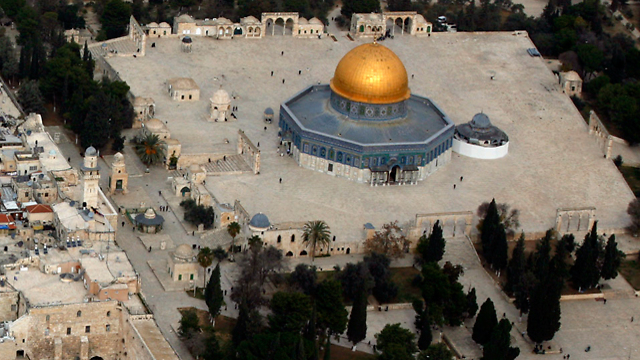 The Dome of the Rock, a constant security concern – Photo: lowshot.com

Shortly after the end of Operation Protective Edge, during which three soldiers from his battalion were killed, David was arrested by military police.

David claimed in his trial that he acted out of naïveté in order to help Livix, that he had no knowledge of his roommate’s intentions, and that he did not support hurting Palestinians.

“I was a soldier who stopped other soldiers from hitting Palestinians and allowed Palestinian children to pass checkpoints in the West Bank,” he said.

According to his lawyers, Livix succeeded in winning David’s trust and exploiting his gullibility.

David’s commanders supported him throughout his time in jail with visits and words of encouragement, and praised his caring nature.

“The time in military prison was the worst experience I’ve had in my life,” said David. “I couldn’t see my family, and the soldiers in jail are the worst you could ever meet. I would rather stay in Gaza for another six months than be in jail. The situation with my shoulder got worse and it was difficult for me to get medical help.

“The conditions were bad. I returned to the US with the feeling that I was a little betrayed by the military police. I was happy to serve in the military, but I did not understand why the police preferred to believe someone who was wanted by the authorities over a soldier. That drove me crazy.”

David plans to begin his college education soon, but said that he wants to return to Israel and start a family. “My friends from Givati were amazing, I went through experiences and challenges that made me grow up and that I never thought I would have,” he said.

“I was never troubled by the thoughts about dying, because those are thoughts that eat away at you while you’re there. If you’re not anxious about dying for an important goal, then nothing can stop you from succeeding in the missions you receive. My friends and officers encouraged and supported me, and so I still have faith in the IDF.”