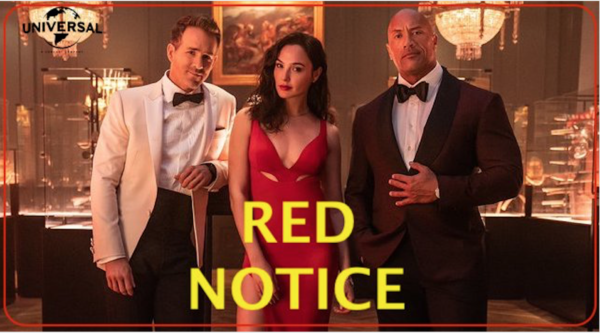 Netflix’s “Red Notice,” in which Israel’s superstar, Gal Gadot headlines alongside Ryan Reynolds and Dwayne “the Rock” Johnson, listed over 328 million viewing hours as of the 1st of Dec. 2021.

“Red Notice” tells the story of an FBI profiler played by Johnson, who must partner with the world’s greatest art thief [Reynolds] in a daring heist in order to catch a most-wanted criminal played by Gadot.

The film was also released in theaters last weekend.