Palestinian political infighting is keeping Gaza’s electricity off which fails to run their water treatment plants, so Hamas is dumping the enclave’s sewage into the sea, now threatening the Israeli coastline.

Each day, millions of gallons of raw sewage pour into the Gaza Strip’s Mediterranean beachfront, spewing out of a metal pipe and turning miles of once-scenic coastline into a stagnant dead zone.

The sewage has damaged Gaza’s limited fresh water supplies, decimated fishing zones, and after years of neglect, is now floating northward and affecting Israel as well, where a nearby desalination plant was forced to shut down, apparently due to pollution.

“It’s certain that Gaza Strip’s beaches are completely polluted and unsuitable for swimming and entertainment, especially in the summer,” said Ahmed Yaqoubi of the Palestinian Water Authority.

Environmentalists and international aid organizations say that if the problem isn’t quickly addressed, it could spell even more trouble on both sides of the border.

But while Israel has a clear interest in Gazans repairing their water infrastructure, that would likely require it to ease restrictions on the import of building materials — which it fears the territory’s Hamas rulers could divert for military purposes — and increase the amount of electricity it sells to Gaza.

Poor sewage treatment in Gaza is the result of a rapidly expanding population, an infrastructure damaged during wars with Israel and a chronic shortage of electricity to run the wastewater plants that still function. In 2007, a sewage reservoir overflowed in a village in northern Gaza, drowning five people.

An Israeli blockade that has restricted imports, coupled with Palestinian infighting and mismanagement by the Hamas-run government, has compounded the problems for the enclave’s 1.8 million residents. Israel and Egypt have maintained a blockade of Gaza since Hamas, an Islamic militant group committed to Israel’s destruction, seized power in 2007. 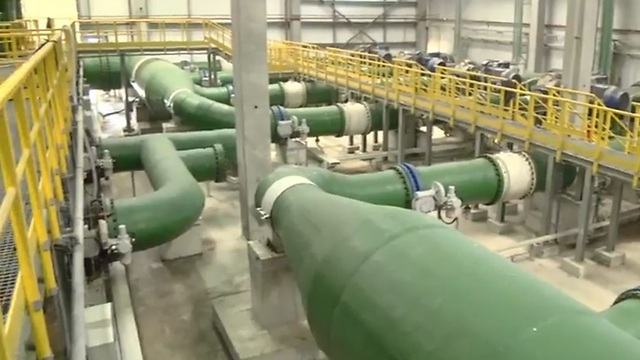 Nasser Abu Saif said he was once happy to live in a beachfront apartment in Shati refugee camp. Now, he avoids swimming in the fetid water near his house.

“There are mosquitoes in the summer and even in the winter,” he said. “It makes our lives unpleasant.”

Several aid groups have attempted to solve the sewage problem.

Steen Jorgensen, country director for the World Bank in the West Bank and Gaza Strip, said the fatal sewage flood spurred his office to build a $73 million sewage treatment plant nine years ago. He said the facility, meant to treat at least one-fifth of Gaza’s sewage, would already be operational if it had a reliable power supply. 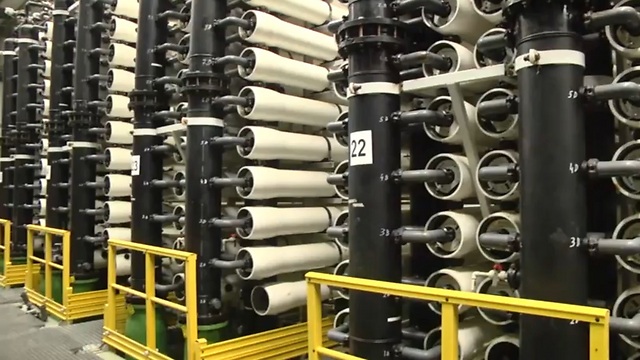 Disagreements between Hamas and the West Bank-based Palestinian Authority over fuel taxes have left Gaza’s only power plant functioning at reduced capacity. Electricity from neighboring Israel and Egypt help alleviate the shortages, but usually there are only six to eight hours of power each day.

“That’s just not reliable enough for a sewage plant,” said Jorgensen. He said foreign donors, including the United States, have offered to fund a power supply to the plant, but he said Israel has not agreed to run a dedicated electricity line. Other options have not been found.

COGAT, the Israeli defense body responsible for Palestinian affairs, said Israel supplies 125 to 140 megawatts of power a day to the Gaza Strip. “The decision of distributing the electricity falls under the responsibility of the Palestinians,” COGAT wrote. In all, Gaza needs some 400 megawatts for its daily needs.

Jorgensen said the World Bank plans to start running the plant in the coming months using backup diesel generators, which will increase the cost and leave sewage treatment vulnerable to fuel shortages. He said the plant will also have solar panels, but they will only generate a fraction of the needed power.

“If we don’t get this operational, then I think it’s going to be very hard to raise money for other necessary projects in Gaza,” Jorgensen said.

The German state-owned development bank KfW has funded the $20 million rehabilitation of an older sewage plant in Gaza, according to Jonas Blume, director of its West Bank office. Blume said the plant can only run half-days due to lack of power.

Construction is scheduled to begin in August on an additional facility in central Gaza that could handle the sewage of up to 1 million people, Blume added. But he said Israeli security restrictions have slowed the work.

“At the end we get most of the material in, but it’s a struggle, it takes time, and it causes delay, which leads to extra costs,” he said.

COGAT said deliveries of cement and wood have been suspended or slowed because Hamas diverts materials for terror purposes. 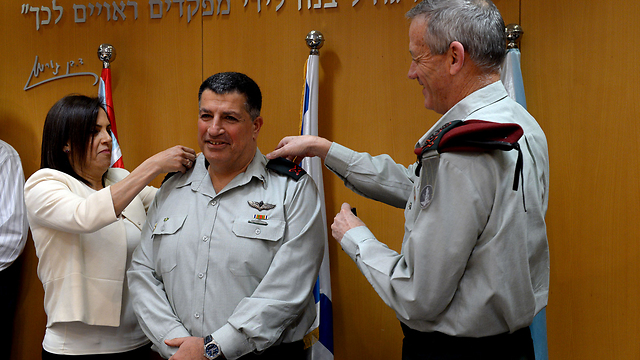 The delays in sewage treatment are exacerbating a water crisis. Years of overdrawing Gaza’s underground aquifer have allowed seawater to infiltrate into its only source of drinking water. Sewage flows into the aquifer as well.

“We can say that 100 percent of the water is not potable,” said the Water Authority’s Yaqoubi. More than 150 private water purification businesses have proliferated across Gaza to offer clean drinking water, he said.

Eitemad Abu Khader lives with her four daughters in a cinderblock home surrounded by corrugated zinc north of Gaza City. Sewage collects in huge ponds next to their neighborhood. Abu Khader said she cannot afford purified water. Instead, she and her daughters drink tap water and bear the consequences.

“I spend my time from doctor to doctor, hospital to hospital,” she said. “My daughters always have rashes.”

On a recent afternoon, her oldest daughter, six-year-old Fayza, sat scratching her arm as insects hovered around them.

There are signs that the problem is now beginning to affect Israel.

Israeli Water Authority spokeswoman Ilana Keren said a desalination plant near Ashkelon, about 10 kilometers (6 miles) north of Gaza, was shut in January and February “because of the quality of the raw water.”

In a statement, Israel’s Environment Ministry said it closely monitors the Gaza sewage situation. Most of the waste is consumed by algae but a buildup of algae can block filters at the desalination plant, it said, adding that a recent check of the water quality off Ashkelon found the beaches suitable for bathing.

Gidon Bromberg, the Israeli director of the environmental group EcoPeace Middle East, said “there’s no doubt” that waste from Gaza caused the plant’s problems. “There’s no other source,” he said.

Bromberg warned that cholera, typhoid or other pandemic diseases could easily cross into Israel via the shared underground aquifer and the sea.

“It’s a single shared bathtub,” Bromberg said. “There’s 101 different ways for these bacterium to be transferred.”

Ashkelon deputy mayor Yoram Shefer said he fears that without a wider political settlement, the sewage issue will not improve, even though he said the water is safe enough to swim in.

“The Mediterranean sea is big. Not all (sewage) goes to Ashkelon,” he said.