In probably the last trial of its kind, Oskar Groening, 94, is charged with 300,000 counts of accessory to murder.

German prosecutors on Tuesday said they were seeking three and a half years’ jail for a former SS officer known as the “Bookkeeper of Auschwitz.”

Oskar Groening, 94, stands accused before a court in the northern city of Lueneburg of 300,000 counts of accessory to murder in the cases of deported Hungarian Jews sent to the gas chambers between May and July 1944. 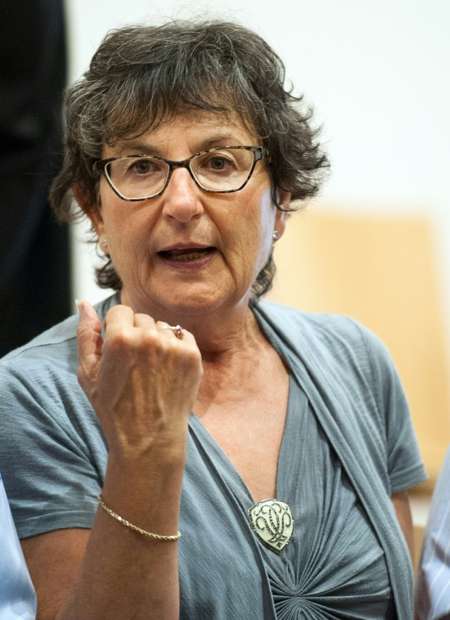 Joint plaintiff Judith Kalman gestures at the courtroom in Lueneburg on July 2, 2015, for the continuation of the trial of German former SS officer Oskar Groening, 94, dubbed the “Bookkeeper of Auschwitz.” – Photo: Philipp Schulze /Pool/AFP

Public prosecutor Jens Lehmann said in closing arguments that his sentencing request was based on the “nearly incomprehensible number of victims”, but mitigated by “the limited contribution of the accused” to their deaths.

Lehmann also argued that the court should consider viewing some of the sentence as already served because Groening had been repeatedly investigated since the 1970s with no charges brought until last year.

Groening’s trial, expected to be one of the last of its kind, began in April.

He served as a bookkeeper at Auschwitz, sorting and counting the money taken from those killed or used as slave labor, collecting cash in different European currencies, and shipping it back to his Nazi bosses in Berlin.

Groening, whose frail health has led to several delays in the proceedings, has acknowledged “moral guilt” but said it is up to the court to rule on his legal culpability.

Lehmann said the court faced a historic decision with its verdict, which could come as early as this month. 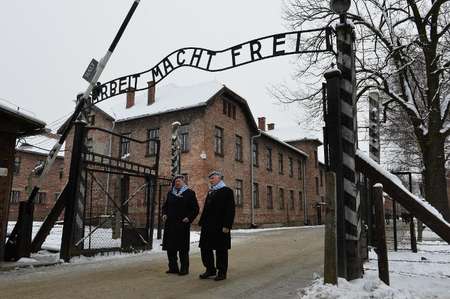 Auschwitz survivors walk through the gate of the former concentration camp as they arrive for ceremonies to mark the 70th anniversary of the camp’s liberation – Photo: Janek Skarzynski/AFP

“We are confronted with events that push the limits of human imagination,” he said.

In a statement read out by one of his lawyers in court last week, Groening said he did not feel entitled to ask Holocaust survivors to forgive him.

“I can only ask my Lord God for forgiveness,” he said.

Groening had previously been cleared by German authorities, but the legal basis for prosecuting ex-Nazis changed in 2011 with the trial of former death camp guard John Demjanjuk. 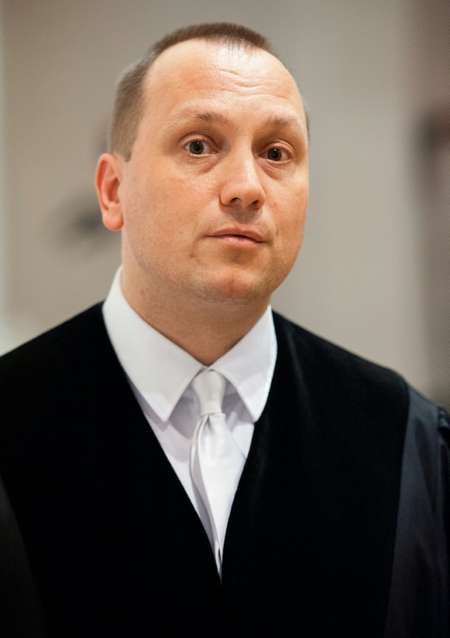 While previously courts had punished defendants for individual atrocities, Demjanjuk was convicted solely on the basis of having served at the Sobibor camp in occupied Poland.

Similarly, none of the witnesses testifying at Groening’s trial have any personal recollection of him at the camp.

But the trial has heard harrowing testimony of elderly camp survivors, some of whom have travelled from as far as the United States to have their day in court.

Last week, Czech-born Irene Weiss, 84, told the judges in wrenching detail how most of her family was exterminated at Auschwitz and said she could not forgive Groening.

“He has said that he does not consider himself a perpetrator but merely a small cog in the machine,” she said.