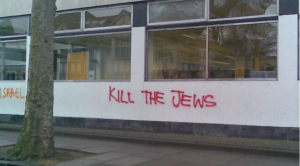 German intel raised pressing concerns about the wave of Muslim migrants entering the country, bringing their anti-Semitism & hostility toward Israel.

BERLIN – Germany’s security and intelligence agencies expressed alarm over the influx of refugees and migrants who harbor radical Islamic views and hatred of Jews, according to a Sunday report in Welt am Sonntag. 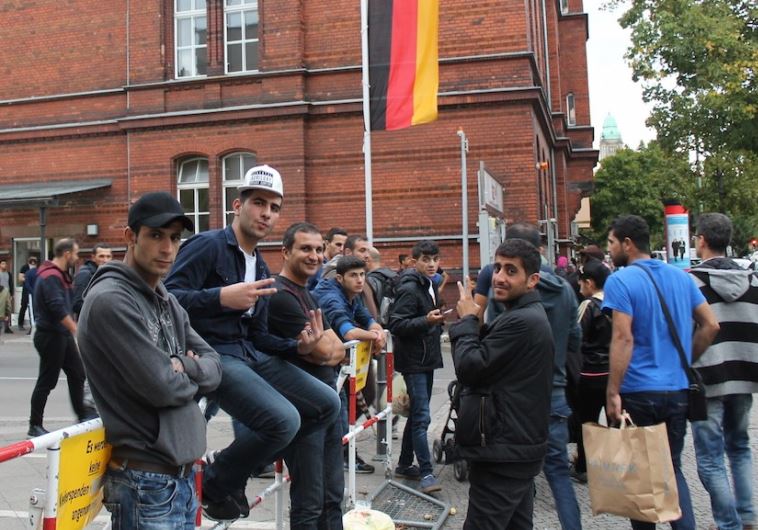 According to a security document obtained by the paper and read by top-level agency personnel, “We are importing Islamic extremism, Arab anti-Semitism, national and ethnic conflicts of other peoples as well as a different societal and legal understanding.”

The newspaper wrote that security sources warn that “the integration of hundreds of thousands of illegal migrants Germany is no longer possible in light of the number and already existing parallel societies.”

The term “parallel societies” in Germany is frequently defined as insulated Muslim communities that have little or no contact with mainstream society.

The document, called “the non-paper” because it was not signed, stated: “German security agencies…will not be in the position to solve these imported security problems and thereby the arising reactions from Germany’s population.”

A senior level security official told the paper that, “The high influx of people from all parts of the world will lead to instability in our land.” The official added, “We are producing extremists through immigration. Mainstream civil society is radicalizing because the majority don’t want migration and they are being forced by the political elite.”

He predicts that many Germans “will turn away from the constitutional state.” The paper’s exclusive information came from the four major security agencies in Germany – the Federal Office for the Protection of the Constitution, the Federal Intelligence Service, the Federal Police and Federal Criminal Police Office.

According to the paper, the agencies raised pressing security concerns about the wave of migrants entering Germany.

The dire warnings from the security agencies and officials appear to be the first governmental statement about Arab anti-Semitism. In early October, in a meeting with Chancellor Angela Merkel, the head of Germany’s Central Council of Jews in Germany, Josef Schuster, raised the community’s concern about Jew-hatred from immigrants and refugees from Muslim-majority countries.

He told Die Welt daily, that “among the people, who have sought refuge in Germany, many come from countries in which Israel is an enemy and are raised with this hostility toward Israel.”

He said the migrants “frequently carry over their resentments toward all Jews in general.”

Merkel assured Schuster for that reason, “We must take care of that.” She offered no specifics.

Meanwhile, Austria accused Germany on Saturday of absorbing too few refugees. Austrian Interior Minister Johanna Mikl-Leitner told the country’s largest paper, Kronen: “We are at the limit. Some 6,500 refugees travel every day to Austria and Germany only takes 4,500. Germany actually takes too few refugees.”