BERLIN ­ – A spokesman for Germany’s foreign ministry told The Jerusalem Post on Monday that the Federal Republic was examining whether the criteria exist to outlaw the Iran-sponsored Hezbollah within the 27-member European Union. 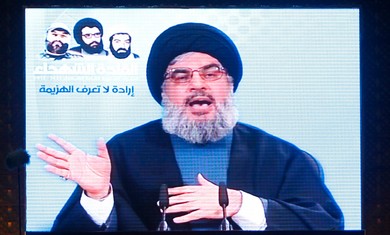 The spokesman’s comment appears to be the first public acknowledgement that Germany is contemplating a move to ban the Islamist group.

“We are examining very carefully at this time in the EU the preconditions which could lead to a listing of Hezbollah as a terror group,” the spokesman wrote.

“We take very seriously the concerns of our Israeli partner over possible activities of Hezbollah in Europe. That affects also the questions of the financing of Hezbollah and the possible involvement in worldwide narcotics trade.”

The number of Hezbollah members has increased in Germany from 900 in 2010 to 950 in 2012. The organization remains a legal entity there.

Israeli and US intelligence sources attribute the July suicide bombing in Bulgaria targeting a bus filled with Israeli tourists to a joint Hezbollah-Iran operation. The terror attack caused the death of an EU citizen – ­ a Bulgarian bus driver -­ and five Israeli tourists.

In the last month, the United Kingdom, The Netherlands and 76 US senators have all urged Catherine Ashton, the EU’s top foreign policy representative, to include Hezbollah in the EU terror list.