Gulf States team with Israel in ‘strange alliance’ against Tehran

Talks of emerging deal between Iran & the West bring unprecedented public ties between Israel and the Gulf.

Sunni states of the Persian Gulf finds the Shiite republic of Iran mortally dangerous to region.

When US Secretary of State John Kerry made another stop in the Middle East this month, he received an expected earful over Washington’s outreach to Iran: Don’t trust Tehran, tighten sanctions even more, anything short of complete nuclear concessions is a grave mistake.

Kerry’s meeting wasn’t in Israel, though. It was in Riyadh, listening to Saudi leaders.

In one of the region’s oddest pairings, Israel and the Gulf Arab states led by Saudi Arabia increasingly are finding common ground – and a common political language – on their mutual dismay over Iran’s history-making overtures to Washington and the prospect of a nuclear deal in Geneva that could curb Tehran’s atomic program but leave the main elements intact, such as uranium enrichment. 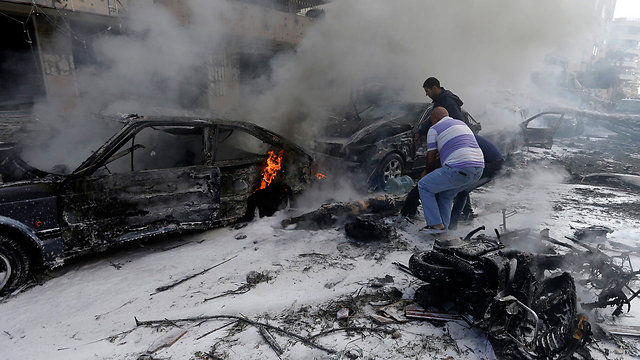 The scene of the explosion in Beirut (Photo: AP)

“The adage about ‘the enemy of my enemy is my friend’ is playing out over Iran,” said Theodore Karasik, a security and political affairs analyst at the Dubai-based Institute for Near East and Gulf Military Analysis. “This situation opens up some interesting possibilities as it all shakes out.”

There seems little chance of major diplomatic breakthroughs between Israel and the Gulf’s array of ruling monarchs and sheiks. But their shared worries over Iran’s influence and ambitions already has brought back-channel contacts and “intimate relationships” on defense and other strategic interests through forums such as the UN, said Dan Gillerman, a former Israeli ambassador to the world body.

The stepped-up anxieties on Iran could bring new space for the Gulf-Israel overlap.

Egypt’s military-backed government, which ousted the Iran-friendly Muslim Brotherhood, could be an easy fit into a regional bloc standing against Iran and demanding tougher lines from Washington, which has been roundly criticized by some for abandoning its longstanding allies in favor of trying to settle the nuclear standoff with Iran.

Egypt’s leadership depends on Gulf money as a lifeline and seeks to rebuild its ties with Israel, whose peace treaty with Cairo was considered a historical annoyance by the Muslim Brotherhood.

Saudi and other Gulf states are critical money-and-weapons pipelines to Syrian rebels in a proxy war with Iran, the main Middle East backers of Bashar Assad‘s government. Iran’s other loyal force, Lebanon‘s Hezbollah, is also in the mix in Syria. On Tuesday, an al-Qaeda-linked group claimed it carried out a pair of suicide bombings at the Iranian Embassy in Beirut that killed 23 people, including an Iranian diplomat, in an attack that was widely seen as retaliation against Hezbollah and Lebanon’s role in Syria.

Israel may now be able to look more to Saudi assistance and intelligence in efforts to undercut Hezbollah, which has fired rockets into Israel and waged a 2006 war. Saudi Arabia also gave important backing the Arab Peace Initiative of 2002 with Israel and could assume an even greater role in future Israel-Palestinian talks. 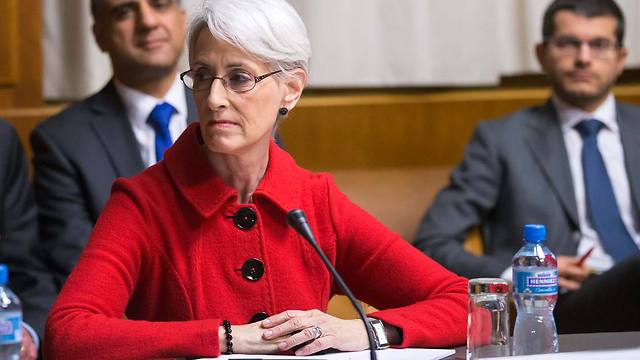 “A nuclear deal… is likely to intensify behind-the-scene political cooperation between the Persian Gulf states and Israel, especially when it comes to lobbying in Washington and in Brussels,” said Meir Javedanfar, an Iranian-born political analyst based in Israel.

Already, there have been some curious cross currents by foes viewing Israel and Saudi Arabia as being on the same page. 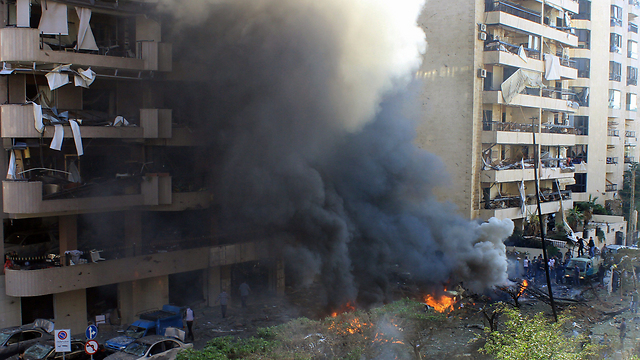 Explosion near the Iranian embassy in Beirut (Photo: AFP)

After the Beirut bombings, Iran’s foreign minister blamed Israel for the attacks. Hezbollah and Syrian officials, however, indirectly pointed the finger at Saudi Arabia, which is a leading backer of Syrian rebel factions along with Gulf ally Qatar.

On Monday, the official Saudi Press Agency put out a statement categorically denying a report in Britain’s Sunday Times that the kingdom and Israel were making “contingencies” for an attack on Iran if diplomacy fails to make deep cuts in Tehran’s nuclear program. 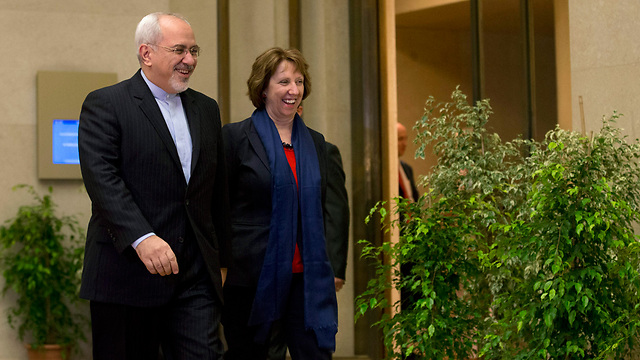 It’s not difficult, though, for Middle East commentators to speculate on the meeting of minds between Israel and Saudi Arabia. The roots of their shared fears over Iran are so similar.

Israel considers a nuclear-armed Iran – or even if it is near that capability – as a direct threat to its survival after decades of anti-Israel remarks by Iranian leaders and attacks by Iranian-backed groups such as Hezbollah. Israel also worries about shifts in the regional balance of power. Israel is believed to have a nuclear arsenal, but neither confirms nor denies its existence. 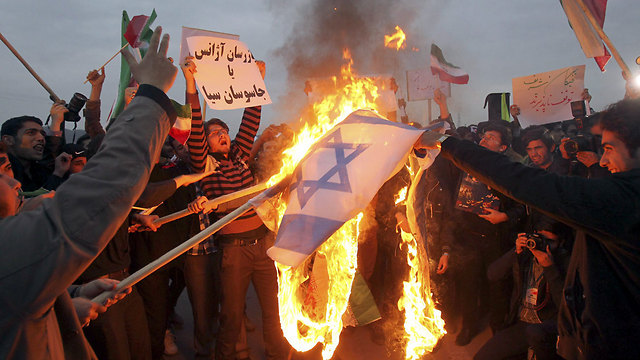 Iran denies it seeks nuclear weapons. But any deal with world powers seen as easing concerns could later be used by Iran to boost calls to ban nuclear arms across the region – and put pressure on Israel over its presumed nuclear warheads.

On Sunday, Prime Minister Benjamin Netanyahu warned that his country was ready to “defend itself” if Iran appeared on course to develop a nuclear weapon.

Saudi Arabia, which generally sets the political tone for the rest of Gulf, also sees Iran as a dangerous neighbor. The Sunni-ruled Gulf states routinely assail Shiite power Iran for allegedly backing revolts such as Bahrain’s Arab Spring-inspired uprising or supporting coup plots – although no clear evidence has ever been made public.
Saudi Arabia and its Gulf partners are deep-pocket customers of US weapons and aircraft, but also allow the Pentagon extensive footholds in the region, including the headquarters of the Navy’s 5th Fleet in Bahrain. The arrangement is meant to buy protection from Washington and intimidate Iran.

But there was no mistaking Saudi Arabia’s lingering anger over the US decision to back off on possible military strikes on the Iranian-backed Syrian government over its suspected use of chemical weapons in August. Instead, Washington sided with a Russian-drafted plan to collect and dismantle Assad’s chemical stockpile.

Shortly before Kerry’s trip, Saudi Arabia snubbed a seat on the UN Security Council in an unprecedented protest mostly aimed at US policies in the Middle East.

“We have a common enemy, Iran, and we have shared disappointments from our allies, mainly the United States, something that created a somewhat strange alliance between Israel and the Gulf states,” said Gillerman, the former diplomat.

Gulf leaders keep a cool distance in public from Israel, but it’s not been a total separation.

The boldest link so far has been from Qatar – home base of the influential pan-Arab network Al-Jazeera – that allowed an Israel trade office until it was closed after Israel’s attacks on Gaza beginning in late 2008.

Israeli passport holders are generally banned from entering Gulf countries because of no diplomatic relations, but exceptions have been made for athletes and selected international conferences. Still, there are sensitivities. Last month, Israeli flags were edited from some TV coverage of World Cup swimming competition in Qatar.

Israel’s Foreign Ministry spokesman, Yigal Palmor, said Israelis seeking to travel to the Gulf are likely to rely on a second passport if they are dual nationals.

Uzi Dayan, a former Israeli deputy chief of staff and national security adviser, said Israel is singled out as the main alarmist over Iran’s nuclear program, but the Sunni Arabs in the Gulf, Egypt and elsewhere are just as galvanized in opposition.

“There are more actors and participants than what you hear. We choose to do it from the main stage in a loud voice,” Dayan told Israel’s Army Radio.