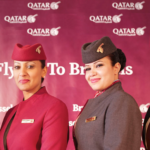 Although Israel isn’t on Qatar Airways maps, its CEO said that “healthcare professionals from every country in the world will be eligible for tickets…including our neighboring countries, including the State of Israel.”

Israeli medical professionals can get some of the 100,000 free flight tickets distributed by Qatar Airways, the airline’s CEO Mr. Akbar Al Baker said on Monday night.

Al Baker said that “every single country in the world, including our neighboring countries, including the State of Israel, will be allocated numbers of tickets, depending on population and the size of the country… proportionately to the 100,000 tickets we are offering.” Continue Reading » 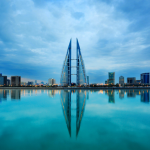 Yedioth Ahronoth reports that Economy Minister Eli Cohen (Kulanu) was invited by the Arab nation of Bahrain to participate in its “Startup Nations Ministerial” conference.

Senior government officials from all over the world are expected to attend the conference to identify new policy tools that will boost technology initiatives between the two countries.

The invitation comes amid a diplomatic push by Israel in the mainly Sunni Gulf, which Israel sees as an ally against Shiite power Iran. Continue Reading » 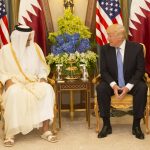 “It is clear to everyone, even in the Arab countries, that the real danger to the entire region is terrorism,” said Lieberman. Continue Reading » 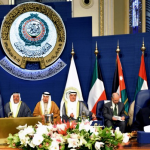 The Wall Street Journal reports that should Israel freeze settlement construction and relax trade restrictions with Gaza, steps toward normalizing ties would be made by a number of Sunni Gulf States.

Various Arab Gulf nations are reportedly prepared to improve ties with Israel if Jerusalem takes what they deem as significant efforts to relaunch the stagnate peace process with the Palestinians, The Wall Street Journal on Monday cited sources close to the matter as saying.

As part of the normalization process, the Gulf states would reportedly be willing to set up telecommunication lines between the countries, allow for Israeli businesses to trade with their Arab counterparts and allow for Israeli planes to fly over their airspace. Continue Reading »

US-allied Gulf Arab states, led by top oil exporter Saudi Arabia, have cautiously welcomed the November 24 interim accord as a step towards curbing what they fear is a secret Iranian program to develop nuclear weapons, a charge Tehran denies. Continue Reading »

Gulf States team with Israel in ‘strange alliance’ against Tehran

Talks of emerging deal between Iran & the West bring unprecedented public ties between Israel and the Gulf.

Sunni states of the Persian Gulf finds the Shiite republic of Iran mortally dangerous to region.

When US Secretary of State John Kerry made another stop in the Middle East this month, he received an expected earful over Washington’s outreach to Iran: Don’t trust Tehran, tighten sanctions even more, anything short of complete nuclear concessions is a grave mistake. Earlier this week, Syrian officials said that if Syria was attacked, a coalition of nations and terror groups, including Syria, Iran, Lebanon, and Hezbollah, would respond with an all-out attack on Israel. Continue Reading » This is a direct reference to the European Union’s decision last week to place only Hizbullah’s military wing on the list of terrorist entities, leaving the political faction off the blacklist. Continue Reading »