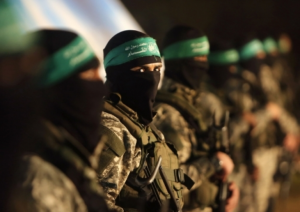 Hamas’ new leader in Gaza, Ismail Haniyeh, stated that the enclave’s government was “opening a new page” with Egypt, having mended their previously strained ties.

Gaza-based Hamas leader Ismail Haniyeh called for all Palestinian factions to create a unified national government and to hold open elections at a press conference in Gaza on Wednesday.

Haniyeh was elected to head Hamas, the ruling faction in Gaza, in May.

The Islamist group, considered a terrorist group by the US, EU and Israel, seized control of the territory from Fatah, the Palestinian Authority’s Mahmoud Abbas’s party, in a near civil war in 2007.

The two Palestinian factions entered a bitter conflict when Hamas brutally ousted Fatah from the Gaza Strip after the latter lost the National Palestinian elections. The groups now run rival administrations, with Hamas in charge in Gaza and Fatah in the West Bank.

Several attempts to unify the region and the factions have so far failed.

“Our brothers in Fatah, I call upon you to implement all the previous agreements signed,” he said in the televised statement, referring to previous drafts at unification.

He also stated that Hamas was “opening a new page” with Egypt, in an effort to mend previously strained ties with its neighbor.

There have been multiple signs of increasing closeness and cooperation between Egypt and Hamas, who in the past have had a rocky relationship, impaired especially by stringent Egyptian control of the land crossing into Gaza.

However, a visit by Abbas to Egypt expected to take place later this week was abruptly canceled, Palestinian sources in Ramallah told i24NEWS on Tuesday.

Abbas was set to meet Egypt’s President Abdel-Fattah al-Sisi in Cairo on Saturday, according to Palestinian media reports, but sources say the meeting was scrapped after Sisi told Abbas that he would not discuss pertinent issues including the Gaza Strip, its Islamist rulers Hamas, or Abbas’ political foe Mohammed Dahlan — in exile in the United Arab Emirates after a dispute with Abbas.

The report came amid Abbas’ attempts at exerting pressure on Hamas to cede control of the coastal Palestinian enclave, including a request that Israel slash its electricity supply to the Strip after a dispute with Hamas over its refusal to foot the bill for the utility.

However, nearly half of Palestinians said they wanted Hamas to give in to Abbas’s demands for better conditions in Gaza.

In efforts to counter Abbas’s measures, Hamas leaders met in Cairo last month with former Fatah leader and Abbas’s main rival in the Fatah party, Mohammed Dahlan, expelled from the Palestinian territories in 2011.

“The Egyptian authorities issued a package of measures and policies and fuel began to enter to the power plant, and work continues at the Rafah crossing to reopen it in the near future.”

“The result will have the effect of alleviating the burden of the siege against our people in the Gaza Strip,” Haniya said.

He did not give further specific details.

Gaza has been blockaded by Israel for a decade while Egypt, the only other country the Palestinian enclave shares a border with, has also largely sealed off its crossing in recent years.

Hamas has had strained relations with Egypt since the overthrow of Mohammed Morsi, Egypt’s Muslim Brotherhood president, in 2013.

The current Egyptian government led by former military leader Abdel Fatah al-Sisi has closed hundreds of smuggling tunnels along the border and accused Hamas of supporting Islamist radicals inside Egypt, including near the frontier.

Last month, Egypt began delivering a million liters (264,200 gallons) of fuel to Gaza, temporarily easing a power crisis that had left the Palestinian enclave’s two million residents with only a few hours of electricity per day.