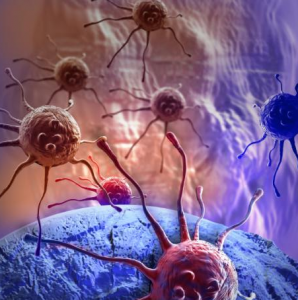 An experimental blood test may one day be able to detect a range of diseases including cancer and multiple sclerosis, based on signatures of DNA from dying cells, researchers said Monday. The work, described in the Proceedings of the National Academy of Sciences, a peer-reviewed US journal, is still in its early stages, but opens up vast possibilities, the study authors said.

“We view this is as a breakthrough with huge potential, but it will not be realized very soon,” said co-author Yuval Dor, a professor at the Hebrew University of Jerusalem.

“We are working hard on this but this is far from clinical use,” Dor said in an email to AFP.

So far, the method has been tested on 320 patients and controls, and has shown success in finding diseases such as pancreatic cancer, pancreatitis, diabetes, traumatic brain injury and multiple sclerosis.

When cells die, it can mean a disease is just beginning to take hold in the body – perhaps a tumor is forming, or an autoimmune or neurodegenerative illness.

Scientists have already known for some time that dying cells release fragmented DNA into the circulating blood.

These methylation patterns reveal the specific identity of cells.

“Our work demonstrates that the tissue origins of circulating DNA can be measured in humans,” said co-author Ruth Shemer of the Hebrew University.

“This represents a new method for sensitive detection of cell death in specific tissues, and an exciting approach for diagnostic medicine,” she said.

Researchers stressed that far more work is needed before the test can be brought to the public.

Also, the range of diseases that can be detected is small, so far.

And it remains unclear how much the testing might cost. Dor said the technology is based on next-generation DNA sequencing, which is becoming less expensive every year.

“I expect the cost will not be a major factor,” Dor said.

“There are still technical improvements needed, and more testing on larger populations, in particular in a setting that can actually predict disease.”