Simon Wiesenthal Center calls on Japan to deal with “hate campaign” as pages were torn out of 250 copies of diary and other Holocaust era books.

By JPOST.COM STAFF
The Simon Wiesenthal Center has expressed its “shock and deep concern” over the vandalizing of hundreds of copies of the Diary of Anne Frank in libraries across Tokyo, Japan. 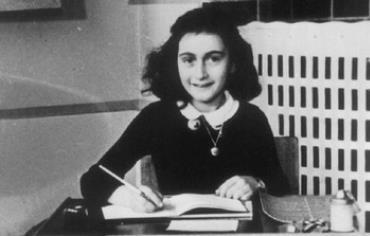 The council of public libraries in Tokyo said at least 250 copies of the diary or publications containing biographies on Anne Frank, Nazi persecution of Jews and related materials were torn, according to an AFP report.

“We have complaints from five of (Tokyo’s 23) wards so far but I don’t yet know exactly how many libraries are affected,” Satomi Murata, the head of the council, told AFP. “We don’t know why this happened or who did it.”

“Each book had 10-20 pages torn out, leaving it unusable,” Kaori Shiba, the archives director at the central library in Shinjuku ward said according to the report. Thirty nine books were vandalized at three libraries in Shinjuku, AFP reported.

Toshihiro Obayashi, deputy director of the central library in the Suginami area, said 119 books had been damaged at 11 of its 13 public libraries, adding nothing like this had ever happened before, AFP reported.

“Each and every book, which comes up under the index of Anne Frank, has been damaged at our library,” Obayashi said.

“The geographic scope of these incidents strongly suggest an organized effort to denigrate the memory of the most famous of the 1.5 million Jewish children murdered by the Nazis in the World War II Holocaust,” charged Rabbi Abraham Cooper, associate Dean of the  Simon Wiesenthal Center.

“I know from my many visits to Japan, how much Anne Frank is studied and revered by millions of Japanese. Only people imbued with bigotry and hatred would seek to destroy Anne’s historic words of courage, hope and love in the face of impending doom,” Cooper added.

“We are calling on Japanese authorities to step up efforts to identify and deal with the perpetrators of this hate campaign,” concluded the representative of the international Jewish human rights organization.