“We’re seeing growing numbers of women in combat roles compared to last year. There are more women interested in significant service in the IDF as combat soldiers,” said Brig.-Gen. Raheli Tavat-Vizel, who advises the chief of staff on women’s affairs in the military.

An IDF spokeswoman said figures for women serving in combat roles in 2013 were not yet available to the media, but figures for previous years showed a clear rise between 2006 and 2012.

As of last year, 58.9% of the Caracal infantry unit, stationed on the border with Egypt, was made up of women, and 10% of Artillery Corps soldiers were women. The Border Police consisted of 6.3% women members.

Tavat-Vizel said that female soldiers serving in units such as those operating Iron Dome anti-rocket batteries and in Caracal have all expressed high satisfaction with their service.

An effort is being made to recruit religious female soldiers too, she said. 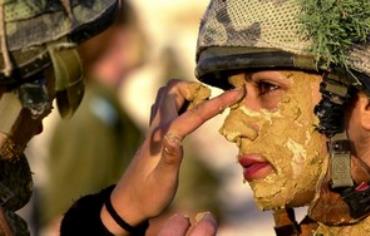 “When the women serve for as long as the men, we’ll be able to cancel the volunteer procedure for [female] combat roles and turn this into a normal recruitment target,” Tavat- Vizel explained.

In recent days, a conference was held in Tel Aviv to encourage the enlistment of women to combat roles.

Organized by Tavat-Vizel’s office, the conference featured a variety of women soldiers and officers who spoke to younger women about to enlist in the military.

“We gathered a group of quality women who are interested in combat and made available the information they needed,” Tavat-Vizel said.