The Palestinian terror cell, affiliated with Hamas was arrested just before executing planned bombing and shooting attacks against Israelis.

Security forces led by the Shin Bet (Israel Security Agency) arrested members of a Hamas-affiliated terrorist cell in Kalkilya in recent months, who were plotting a campaign of bombings and shootings against Israeli targets, the Shin Bet announced Wednesday.

Security sources told The Jerusalem Post that the suspects, who were arrested in a series of raids between December and March, were in the early phase of planning terrorist attacks on Israeli targets in the West Bank and within the Green Line.

The members of the cell had begun construction of home made explosives, the Shin Bet stated. Among the suspects are 21-year-old Khaled Mahmoud Daoud, an Israeli Arab citizen, and six Palestinians, two of them brothers, and 30-year-old Salah Daoud who is a prominent Hamas member in Kalilya, security forces said.

The suspects divided their time between the West Bank city of Kalkilya and the Israeli Arab village of Kafr Bara, located east of Hod Hasharon, near Route 6, the investigation found. 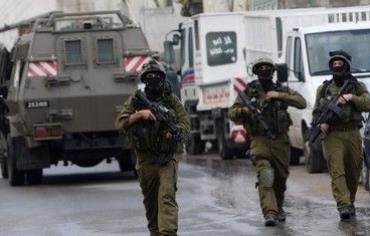 Israeli-Arab citizen Khaled Daoud intended to exploit his unrestricted access to Israel for the purpose of obtaining materials to assemble bombs, as well as high quality firearms, the domestic intelligence agency said. Hamas member Saleh Daoud from Kalkilya “agreed to fund the activities of the cell, and offered its members to make use of other [Hamas] recruits who he knew,” the statement said.In the coming days, the suspects will be indicted in court and formally charged with a host of terrorist-related offenses Palestinian Authority security forces had arrested some of the suspects before Israel took them into custody, but they were released, despite being found in possession of a remote control bomb detonator, the Shin Bet said.

Khaled Daoud, the Israeli national, has been in custody since December 2013. Security forces were initially unable to gather sufficient incriminating evidence against him, and he was therefore placed under administrative detention by Defense Minister Moshe Ya’alon. The defense minister’s edict was carried out under the supervision of a court. Currently, security forces said, sufficient evidence has been gathered for an indictment, and the administrative detention decree will be withdrawn.

“This investigation has shown, once again, the motivation that exists on the ground for carrying out terror attacks against Israelis. It also demonstrates the concealed risk in the recruitment of Israeli citizens by terrorist organizations in order to carry out attacks,” the Shin Bet said.