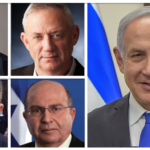 Former Israeli defense minister Moshe Ya’alon pulled no punches when, on prime time US television on Tuesday night, he announced his belief that Prime Minister Benjamin Netanyahu, his former boss, will be indicted on corruption charges.

CNN’s Christiane Amanpour could hardly believe what the former IDF Chief of Staff had just said.

“There are serious charges and there are serious investigations underway about the prime minister and the issue of corruption. How do you think that is going to end up?” Continue Reading »

News of the agreement between Liberman and Netanyahu was first reported by Ben Caspit, the senior political commentator for The Jerusalem Post’s Hebrew-language corporate sister publication Ma’ariv. Continue Reading »

Initiated by Minister of Internal Security Gilad Erdan and signed by the Defense Minister, groups such as the ‘Murabitun’ & ‘Murabitat’ who scream & harass Jews are now illegal organizations, including all who aid & support them.

Defense Minister Moshe Yaalon signed an order Wednesday declaring the groups of Islamists who regularly harass Jews on the Temple Mount – the male “Murabitun” and female “Murabitat” – as illegal organizations.

The activists regularly riot on the Mount, curse, shout, and throw various objects at the Jews who ascend the Mount, and sometimes attack police as well. Continue Reading »

Defense Minister Moshe Yaalon said Monday that Israel is offering humanitarian assistance to Syrian rebels near the border, “on condition that they prevent terrorist organizations from nearing the border fence and that they refrain from attacking Druze.”

Yaalon was speaking at a briefing for Israel’s diplomatic correspondents. He said that the rebels are taking over the Golan and defeating Syrian strongman Bashar al Assad.

Israeli Defense Minister and IDF generals seek to bypass Israeli-Palestinian Water committees to advance the new Palestinian town as livable, but PA intransigence might prevent it.

The city of Rawabi (pictured below) is a flagship Palestinian project. It is a modern, planned town of 40,000 homes aimed at moving Palestinian society forward.

But while the first apartments are ready to be occupied, they remain empty. Israel’s Water Authority has thus far refused to connect Rawabi to the Israeli water network.

Israeli Defense Minister Moshe Yaalon isn’t pleased by the situation, and has been working on behalf of getting Rawabi connected to the water system and operating as a symbol of what Palestinian society can become if it focuses on advancement rather than conflict with Israel. Continue Reading »

Minister Ya’alon will meet with his Indian counterpart and other officials to discuss additional future security cooperation agreements, and to attend an arms exhibition in Bangalore during his Feb 17 visit.

Defense Minister Moshe Ya’alon will visit India on February 17, a first visit by an Israeli defense minister to the South Asian country since the establishment of diplomatic ties between the two states. 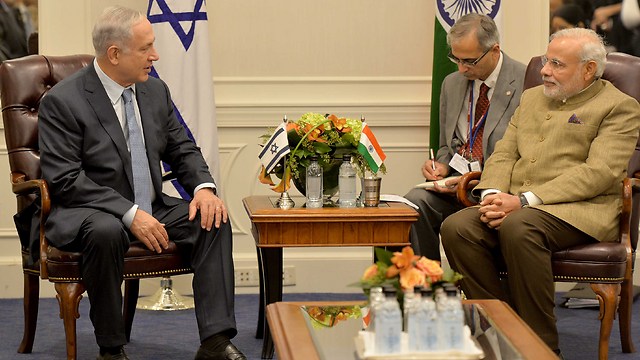 Ya’alon is scheduled to hold a series of meetings with Indian officials and visit an arms exhibition in Bangalore.

Israeli sources stressed the importance of the visit, saying it is a breakthrough in security relations between the two countries. Continue Reading »

Iran is seeking to open a new front against Israel from the Syrian Golan Heights, Defense Minister Moshe Ya’alon said Monday during a visit to Israel Aerospace Industries (IAI) to mark Space Week. 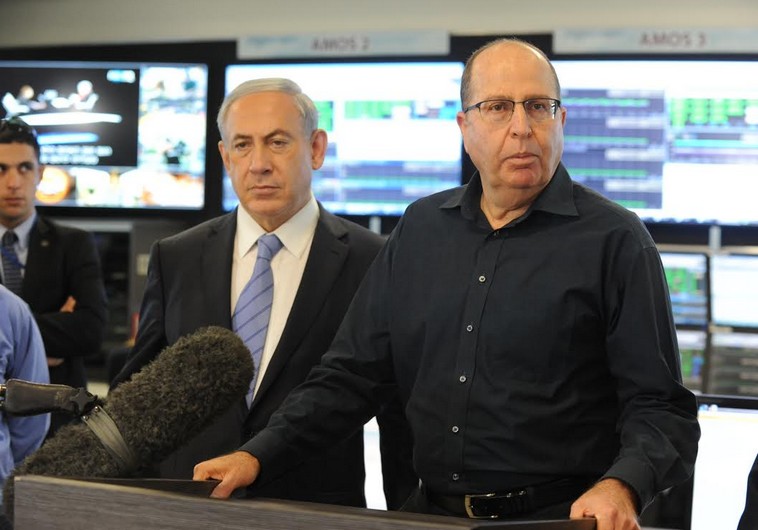 Speaking a little more than a week after an air strike, attributed by international media reports to Israel, that struck and killed 12 Iranian Revolutionary Guard Corps and Hezbollah operatives in Quneitra, Syria, near the Israeli border, Ya’alon appeared to link the air strike to Iran’s activities in Syria. Continue Reading »

Israel to Get Squadron of F-35 Stealth Jets in $2.7 Billion Dollar Deal

By Uzi Baruch and Tova Dvorin

US-Israeli relations have suffered tremendously over the past month, with the State Department making multiple condemnations against Israel for both building Jewish homes in Jerusalem and for increasing its fight against Palestinian Arab terror.

However, it has not damaged the military cooperation between them, as the Israel Aerospace Industries, together with representatives of the Israeli Ministry of Defense announced Tuesday that Israel will acquire a new squadron of F-35 jets from the US Army and Lockheed-Martin. Continue Reading »

WASHINGTON – The US administration prevented Defense Minister Moshe Ya’alon from meeting with key officials during his visit to Washington, DC, American sources told Ynet on Friday. 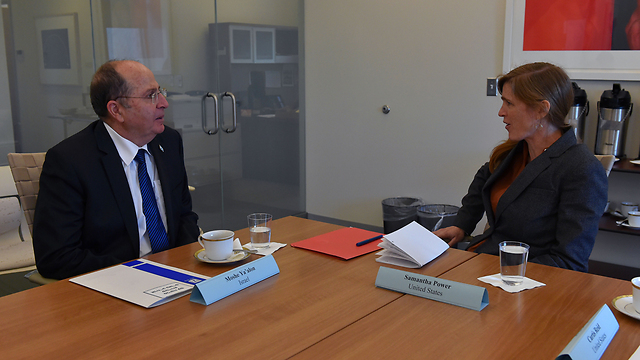 The defense ministry did not comment, though sources close to Ya’alon said “the aim was to meet with the security echelon, and that was what happened.”

Analysis: Defense Minister Ya’alon will have to chronicle to Ban Ki-moon the list of war crimes committed by Hamas & other Gaza terror organizations, and defend Israel against false claims.

Israeli Defense Minister Moshe Ya’alon, who is on a five-day visit to the US, came to the United Nations’ headquarters in New York City Monday to begin to fight the ultimate battle of the Hamas-Israel War that began in the summer of 2014. Now, long after the guns fell silent in Gaza, Ya’alon has perhaps the toughest of all fights: explaining to an extremely skeptical and biased United Nations that the Israel Defense Forces (IDF) fought the Gaza War in accordance with “international law.” Continue Reading »

Israel’s Defense Minister: The Palestinians Will Have Autonomy – Not Sovereignty

Defense Minister Ya’alon says a political separation between Israel & Abbas’ PA has already come about, and he calls for demilitarized autonomy for the Palestinian Authority.

The Palestinian Arabs will not have a “state” but rather an “autonomy”, Defense Minister Moshe Ya’alon told the Israel Hayom daily newspaper in an interview published Wednesday.

“Our efforts to create shortcuts over the last two decades — from Oslo until present day — have all failed,” he said. “We know how to live with it. It is certainly not necessary to control them. We can give them political autonomy like they have now,” said Ya’alon. Continue Reading »

Defense Minister Ya’alon says leftist reservists’ letter was ‘Foolish & Disgusting’ and those who accused the elite intel unit of abuse, are taking part in a ‘delegitimization’ campaign against Israel.

Defense Minister Moshe Ya’alon reacted with disgust Saturday night to a letter of refusal signed by leftist reservists from an elite intelligence unit.

The letter, signed by 43 reserve officers and soldiers, called for insubordination after accusing the elite intelligence Unit 8200 of being an “inseparable part of the military control of the territories,” referring to Judea and Samaria, and alleging the unit was being used to spy on “innocent” Palestinians. Continue Reading »