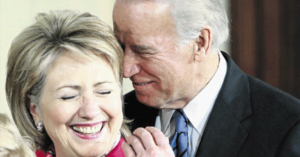 Media in the Gulf, particularly Al-Ain and Al-Arabiya, have focused on an ostensibly new trove of emails linked to Hillary Clinton. It was not entirely clear, since western and US media seemed to only cover the fact that US Secretary of State Mike Pompeo was going to release more emails, what was new and old in the reports. However, the focus has been on Clinton’s relationship with the “Muslim Brotherhood,” a group that the UAE and Saudi Arabia consider terrorists.

Al-Ain media had several stories on the emails. An article on October 11 claimed that the emails reveal the “Al-Jazeera plot to overthrow Mubarak.” Egyptians who believed the Arab Spring of 2011 was hijacked by the religious extremist Brotherhood have long accused the US State Department of preferring the Muslim Brotherhood to rule Egypt. There is some evidence that dating back many decades the US had contact with or saw with some favor the potential role of the Brotherhood. This is the same reason that some praised the AK Party in Turkey when it came to power, believing that “moderate” political Islam was preferable to secular authoritarian regimes. In the end all the groups linked to the Brotherhood, such as Hamas, have proven to be more authoritarian and extremist than their secular and nationalist competitors. 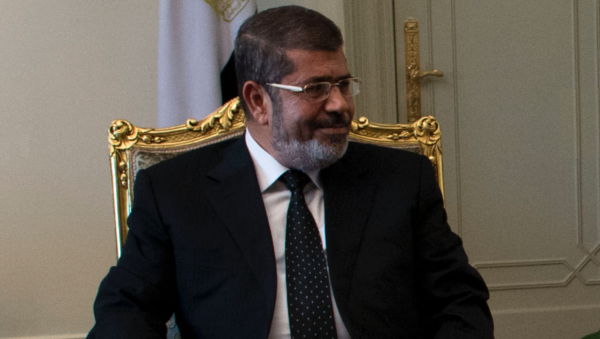 Supported by the Democrat American administration, Mohamed Morsi, a Muslim Brotherhood terrorist, broken out of an Egyptian jail by Hamas and put into a $5,000 suit to become the Egyptian President. – Photo: US Department of Defense.

The renewed focus on the emails and Clinton’s role comes amid some changes in the region and the rise of Joe Biden in the US. Biden’s foreign policy views and team are expected to be similar to those of Clinton and the Obama administration, with some tweaks. Clinton was US Secretary of State from 2009 to 2013. She played a key role during the Arab Spring.

According to Al-Ain, one of the emails, which they posted, dated January 28, 2011, reads: “Revealed correspondence of former US Secretary of State Hillary Clinton, showing her coordination with the Qatari channel Al-Jazeera regarding Washington’s hard line stance on former Egyptian President Hosni Mubarak.”

Mubarak resigned as Egyptian leader in early February 2011 after protests. The email, alleged to be from Al-Jazeera because it says was written from an “Al-Jazeera Blackberry,” is addressed to one of Clinton’s team at the State Department. It also requests an interview with Obama. The letter is vague but does argue that Obama has taken a principled stance and that his views were in line with the Egyptian people. The note to Clinton says the letter should be framed. Obama had spoken in Egypt in 2009.

Other articles make similar claims about Clinton coordinating with Qatar or the Brotherhood.

The articles also assert that under the Obama administration the US sought to “bring the Brotherhood in all of the Middle East.” Oddly one article asserts that this was to be done with Turkey’s support. However, Ankara turned on the Obama administration by 2015 and began to work with Russia and Iran, and to support figures whom Ankara thought had access to Donald Trump.

Al-Ain interviewed an expert in Yemen who asserted that the “liberal left in the US supports the extreme right in the Middle East.” This allegedly destabilized Yemen and led to civil war. Saudi Arabia intervened in Yemen in 2015 to stop the Iranian-backed Houthi rebels from taking Aden. Riyadh and Abu Dhabi are concerned about the role of the Brotherhood today. They see it as linked closely to Qatar, Turkey and Hamas and assert it is putting down roots in Europe.

An email on September 17, 2012 includes a reference to a Muslim Brotherhood media venture. This email was from Dana Smith to Jake Sullivan and Ben Rhodes. The email includes an article about the new Brotherhood media venture and a note about how interesting it is, but much is left unexplained. The email was sent just days after US ambassador Chris Stevens was murdered in Benghazi by terrorists.

The emails quoted in the article don’t show US support for the Brotherhood, as is alleged, but do appear to show some sympathy and close connections between Qatar and the top US officials, as well as some sympathy for the Brotherhood. It has never been explained why US officials seem to prefer religious far-right groups abroad but eschew them at home.

There are claims that the Obama administration wanted to reverse decades of US policy and that key figures such as Ben Rhodes, an advisor to the President, believed the old school foreign policy establishment was a “blob” and that new ideas should be fostered. That would mean changing tack to work with the then opposition Brotherhood and Iran. Ten years later it is clear that wherever the Brotherhood-connected parties succeeded they only brought another form of authoritarianism, clothed in religious militarism, rather than nationalist motifs.