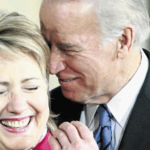 Bill Clinton: “I killed myself to give the Palestinians a state,” Hamas rejected deal to get all of Gaza.

When Clinton’s wife was heckled at a campaign event regarding her support for Gaza, the former US head of state said, “Hamas is really smart… they insinuate themselves in the hospitals, in the schools, in the highly populous areas.”

Former US President Bill Clinton came to his wife’s defense on Friday when the focus of a campaign event for the Democratic candidate Hillary Clinton shifted to Israel, Politico reported. 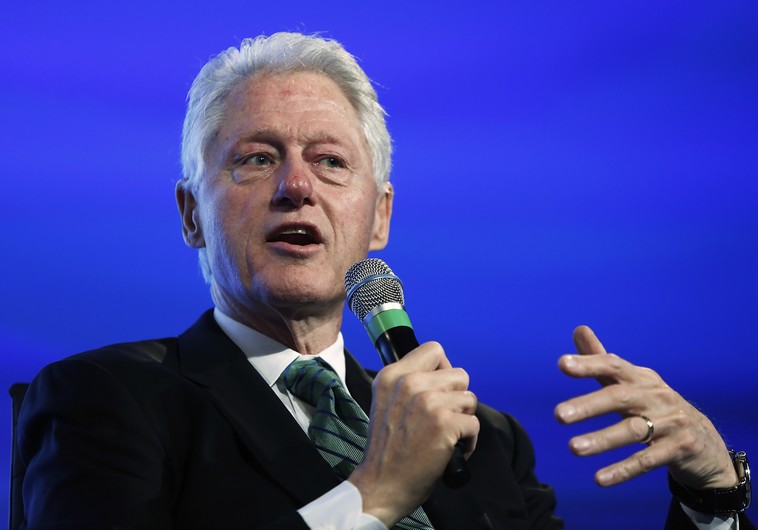 Amid a speech discussing his wife’s positions on the major issues at an event in New Jersey, a member of the audience interjected “What about Gaza?” Continue Reading »

While several pro-Israel Republican candidates have spoken of their support, it’s Clinton’s announcement that drew the most positive media attention in the Jewish state.

A number of openly pro-Israel Republican candidates have already thrown their hats into the ring of the upcoming US presidential election. But they are largely unknown in the Jewish state. Hillary Clinton, on the other hand, is well known and widely admired, so her announcement elicited a much stronger Israeli response.

Most reflecting the mainstream media response was Israel’s Yediot Ahronot newspaper, which ran a cover story on Hillary, complete with a two-page photographic look at her life and rise to power. Continue Reading »

Former U.S. Secretary of State claims in a new memoir that the American administration made a tactical error by demanding Prime Minister Benjamin Netanyahu to freeze construction in the settlements in 2009.

“In retrospect, our early, hard line on settlements didn’t work,” Clinton writes in Hard Choices, to be released next week, AP reported.

Chelsea Clinton’s announcement Thursday afternoon that she and Jewish hubby Marc Mezvinsky are expecting their first child has set off a fairly predictable wave of reactions Jewish-wise, not unlike the interest their 2010 wedding generated.

Interfaithfamily.com quickly seized the pregnancy as an “opportunity to share with ALL expecting parents” its various resources for new interfaith parents, including a booklet called “To Circumcise or Not: That is the Question.”

Meanwhile, at the other end of the spectrum, The Jewish Press chose this headline: “Chelsea Clinton Pregnant With Non-Jewish Child.”

Israeli leaders’ criticism of Western powers recent agreement with Iran has been good for America, former United States Secretary of State Hillary Clinton has said, according to Maariv/nrg.

Clinton reportedly said in a closed meeting in Washington that Israel’s open concern that the plan would be ineffective has kept the pressure on Iran and its allies.

Israel’s status as a perceived ally of the United States means that its warnings of a possible military strike are taken seriously in Iran, she explained. Continue Reading »

2 dozen Americans in Israel are suing Hillary Clinton for negligence, relying on the basis that they are among those that Congress sought to protect through the safeguards & regulations that the White House, State Department and USAID are disregarding.

Two dozen Americans in Israel are suing U.S. Secretary of State Hillary Clinton for negligence in allowing the United States to fund the Palestinian Authority, which used money for terror.

The suit was filed in a federal U.S. court in Washington by the Israel Law Center (Shurat HaDin), which has revolutionized the war against terror through “lawfare,” winning colossal lawsuits against terrorist organizations and banks that handle their funds. Continue Reading »

U.S. Secretary of State: Our Commitment to Israel is Rock Solid

PM Netanyahu welcomed Sec. Clinton to Jerusalem & commented how Israel was fighting against terrorists who fire rockets against innocent civilians.

U.S. Secretary of State Hillary Clinton arrived in Israel on Tuesday night for meetings with officials, in an attempt to achieve a ceasefire in the fighting between Israel and Gaza.

Clinton and Prime Minister Binyamin Netanyahu made statements to the press shortly before they met one on one.

Netanyahu welcomed Clinton to Jerusalem and noted that Israel was fighting against terrorists who fire barrages of rockets against innocent civilians.

“President Obama asked me to come to Israel with a very clear message. Continue Reading »

Anti-Islamist protesters threw tomatoes & shoes at U.S. Secretary of State Hillary Clinton’s motorcade during her visit to Egypt. They accuse the U.S. of backing Muslim Brotherhood’s rise to power • Clinton rejects claim that U.S. is taking sides in power struggle between ruling military council & the Brotherhood.

Protesters threw tomatoes and shoes at U.S. Secretary of State Hillary Clinton’s motorcade on Sunday during her first visit to Egypt since the election of Islamist President Mohammed Morsi.

A tomato struck an Egyptian official in the face, and shoes and a water bottle landed near the armored cars carrying Clinton’s delegation in the port city of Alexandria after she gave a speech on democratic rights.

Secretary of State appeared alongside Israeli President at Washington event; Peres to raise issue of convicted spy Jonathan Pollard in a meeting with President Obama.

WASHINGTON – Israeli President Shimon Peres and U.S. Secretary of State Hillary Clinton appeared on Tuesday at the Saban Center for Middle East Policy, where they spoke about the escalating violence in Syria, the negotiations with Iran and the peace process with the Palestinians.

At the event, Clinton expressed deep concern over Russia’s reported shipment of attack helicopters to the Syrian regime. “Attack helicopters on the way from Russia to Syria will escalate the conflict quite dramatically,” she said. Continue Reading »

Clinton reportedly told her Russian counterpart to rely message to Tehran that it must engage in talks with world powers or face a military strike within months, according to Russian daily Kommersant.

The United States has asked Russia to deliver an ultimatum to Iran, warning the Islamic Republic that it has one last chance for talks before a military strike, the Kommersant daily quoted Russian diplomats as saying on Wednesday.

According to the Russian newspaper, U.S. Secretary of State Hillary Clinton asked her Russian counterpart Sergei Lavrov in New York on Monday to tell Tehran that it has one last chance to solve the conflict peacefully by making progress in the talks with the P5+1 group – United States, Britain, France, Russia, China, and Germany.