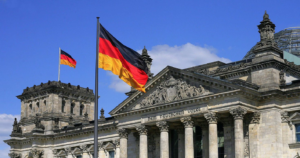 Prime Minister Benjamin Netanyahu congratulated the Bundestag on its “important decision to recognize BDS as an anti-Semitic movement and that it is forbidden to support it.” Germany is the first EU member state to equate the BDS movement with antisemitism.

“I particularly appreciate the Bundestag’s call on Germany to stop funding organizations that work against the existence of the State of Israel,” Netanyahu said, “I hope this decision will lead to concrete action and I call on other countries to adopt similar legislation.”

Minister of Strategic Affairs Gilad Erdan reacted to the decision by calling it “an important step in the war against the boycott and the new antisemitism” and argued that “the true face of the boycott movement had been exposed.”

He called on other countries in the European Union to follow Germany.

The spokesperson of the Foreign Ministry Emmanuel Nahshon also lauded the decision. In a tweet he noted the large majority that supported the resolution.

We welcome the @Bundestag resolution,adopted by a large majority, against #BDS.The German parliament recognized the anti Semitic nature of #BDS and its illegitimate boycott activities. This is an important step which we hope will be adopted by other European legislative bodies.

Acting Foreign Minister Israel Katz said, “The German parliament has ruled that [BDS] is an anti-Semitic movement, which promotes an illegal boycott against Israel. This is an important step. We hope that other countries in Europe will follow suit.”

Knesset Speaker Yuli Edelstein tweeted: “Thank you #Bundestag! For the courageous and important decision! BDS is a dangerous, antisemitic movement. You are the first, but many others will follow in your footsteps. Thank you, Bundestag President my friend Wolfgang Schäuble, for your efforts.”

Thank you #Bundestag! 🇮🇱🇩🇪 for the courageous and important decision! BDS is a dangerous, antisemitic movement. You are the first, but many others will follow in your footsteps.
Thank you, Bundestag President my friend Wolfgang Schäuble, for your efforts.

Blue and White’s Yair Lapid said, “The decision by the Bundestag to label the BDS movement antisemitic and call on the German government to oppose all forms of BDS is an important and just step. BDS is the modern manifestation of an ancient hatred. Now is the time for the rest of Europe to follow Germany’s lead.”

Israel’s Ambassador to Germany Jeremy Issacharoff tweeted, “The Bundestag has just adopted a Resolution condemning BDS and Anti-Semitism by a wide margin. We welcome this initiative by its sponsors. It has broader European significance given that BDS makes no attempt to build coexistence and peace between Israel and all of its neighbors.”

Israel’s ambassador to the United Nations Danny Danon hailed the decision and called other world leaders to join Germany “and work to shape a future without hate of Jews and Israel,” a press release sent by spokesperson of the Israeli Mission in the UN reported on Friday. “German showed BDS activists that lies do not carry with them immunity, but a heavy price,” he said.

Chairman of the Jewish Agency, Isaac Herzog: “German Bundestag made a bold statement today resolving BDS as antisemitic. A significant step in fighting hate crimes on the rise throughout the globe. Leaders of the free world have moral responsibility to follow in Germany’s footsteps and stop this dangerous trend.”

The World Zionist Organization also welcomed the recent ruling, and expressed the wish to see other parliaments in Europe and the world pass similar votes, Walla reported on Friday.

The motion, termed “Resisting the BDS movement decisively – fighting antisemitism,” calls on the government to “not provide premises and facilities under the administration of the Bundestag to organizations that express themselves in antisemitic terms or question Israel’s right to exist.”

In practicality, the motion is being understood as recognizing that Israel represents the Jewish people and is the home of the Jewish collective, therefore delegitimizing Israel is considered antisemitism.

Uri Bollag contributed to this report.