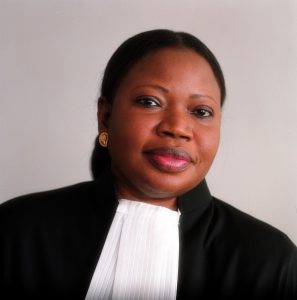 The Chief Prosecutor in The Hague urges both Israel, Hamas to immediately end the violence since both could be held responsible for the deaths of Palestinian rioters, “The situation in Palestine is under preliminary examination by my office,” she warned.

The International Criminal Court at The Hague may prosecute Israel over the deaths of Arab rioters who clashed with IDF forces on the Gaza-Israel frontier over the past week and a half, a top ICC official warned Sunday.

Chief Prosecutor for the ICC Fatou Bensouda issued a statement Sunday demanding an end to the use of violence on the border between Israel and Gaza, and suggested that both Israel and the Hamas terror organization could be held responsible for the deaths of some 30 Arab rioters and terrorists killed since activists launched six weeks of violent protests on the frontier on March 30th.

“The resort to violence must stop,” Bensouda said. “Any person who incites or engages in acts of violence including by ordering, requesting, encouraging or contributing in any other manner to the commission of crimes within ICC’s jurisdiction is liable to prosecution before the Court.”

Bensouda added that her office had launched a “preliminary” probe ahead of a possible prosecution over the use of force “in Palestine” in recent years.

“The situation in Palestine is under preliminary examination by my office.”

“While a preliminary examination is not an investigation, any new alleged crime committed in the context of the situation in Palestine may be subjected to my office’s scrutiny.”

The ICC Chief Prosecutor hinted that her office would examine both Israeli use of force and Hamas use of human shields in Gaza for possible prosecution.

“Violence against civilians… could constitute crimes under the Rome Statute, as could the use
of civilian presence for the purpose of shielding military activities.”

The riots on the Gaza border, which have drawn tens of thousands of protesters, have featured mass-marches to the Israeli border and attempts to scale the security fence and flood into Israeli territory. The violent demonstrations have also featured firebomb attacks and the use of burning tires to block Israeli security personnel. Several terror attacks have also been attempted since the protests began.

Gaza health officials claim roughly 30 people have died as a result of the clashes, with almost 3,000 more wounded. IDF officials say at least 12 of the dead have been identified as Hamas terrorists, and have dismissed claims from the Hamas-ruled Gaza Strip of 3,000 non-fatal casualties caused by live-fire.