Iran blocks Waze GPS navigation for being ‘Made in Israel’ 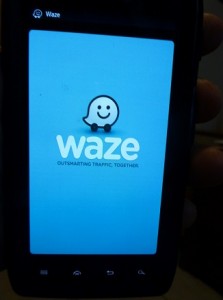 Although the app is widely used among Iranian drivers, the Iranian news agency FARS reports a temporarily block of the GPS navigation application Waze is currently in effect due to gov’t concerns, since its development was in the Jewish State.

Authorities in Iran have temporarily blocked people from using the navigation app Waze because it was developed in Israel.

In a report publicized by the Iranian news agency FARS, it was stated that a final permanent decision regarding the use of the program will be made soon. As of now, the app is unavailable for download, and the actual use of the program is being blocked by the government.

According to reports in Iran, the app was blocked for use this week by the Iranian “Committee for Determining Offensive Content”. Sources say that a use of an app with an Israeli background “raised concerns.”

Waze was bought by Google back in 2013 in what was defined as the most expensive application acquisition in history. The deal was valued at $1.1 billion. It is stated by its CEO and senior Google executive Noam Bardin that the app is widely used among Iranian drivers.Whilst Iranians have access to the internet, the country operates on a highly censored “Halal Intranet,” with many external websites including social media networks such as Facebook and Twitter inaccessible.

The Iranian Revolutionary Guard began tracing Internet activity in the aftermath of the 2009 Green Revolution, and in 2011 police forces formed the Iranian Cyber Police, or FATA, solely to counter Internet crimes.