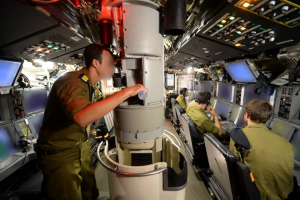 The warning comes as Washington ramps up pressure on the Islamic Republic following a string of incidents that have stirred tensions in the Gulf, including Tehran’s capture of a UK oil tanker last month and the downing of US drone over the Strait of Hormuz earlier in the summer.

Defense Minister Amir Hatami reportedly added that the “military coalition that America is seeking to form with the excuse of securing maritime transport will only increase insecurity in the region,” during a discussion with defense officials from Qatar, Kuwait and Oman.

Israel Katz said during a closed-door session of the Knesset Foreign Affairs and Defense Committee that the country is currently participating in the mission, providing intelligence along with other unspecified operations in the Gulf.

According to Hebrew-language daily Yediot Ahronoth, Katz instructed members of the Foreign Ministry to provide assistance in the effort following a recent visit to the United Arab Emirates.

A source from Abu Dhabi told the Israeli publication that the mission was launched in order to tackle the emerging “Iranian threat” that has disrupted trade in the region.