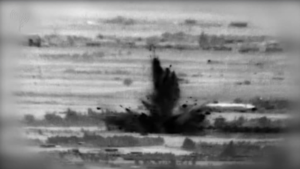 But what exactly is the Alpha Line?@LTCJonathan is here to set the facts straight about one of the most contested locations in the world: the Israel-Syria border. pic.twitter.com/LIjEmVI8Yc

According to the UK-based Syrian Observatory for Human Rights, several Iranian nationals were among 10 people killed in the attack, which the IDF said was conducted in response to explosives planted a day earlier on the Israeli side of the Golan Heights, close to the border. 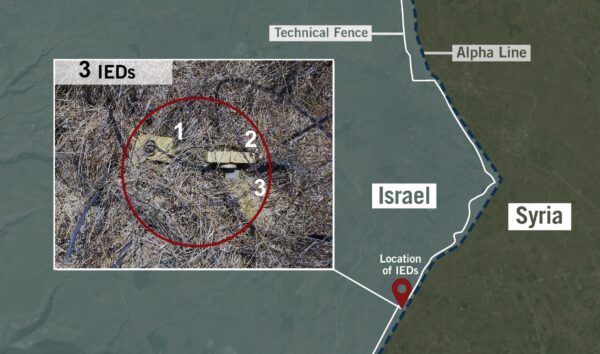 Israel does not tend to claim responsibly for such attacks as part its years-long policy in the region, making the decision to release the footage recorded by the war jets highly unusual.

Prime Minister Benjamin Netanyahu issued a statement following the publication of the video, saying Israel will not allow Iranian military entrenchment in the region.

“Early in the morning, the Israel Air Force attacked important targets belonging to the Iranian Quds Force in Syria, as well as the Syrian army,” he said in a recorded video message. “We will not allow the Iranian military to establish itself in Syria, nor will we allow any attempt to attack us from Syrian territory. Whoever attacks us, has a target on his head. ” 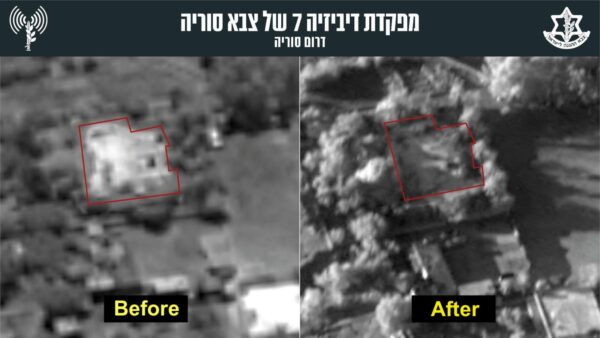 This is what aerial photographs of the IDF attack in Southern Syria look like. – Photo: IDF Spokesperson’s Unit

“This was a powerful strike,” IDF spokesperson Hidai Zilberman said. “We attacked targets near the border and all the way to the Damascus area including a central command center of the Iranian forces deployed near the capital’s airport and a secret compound which houses high level Iranian visitors, just south of the city.” 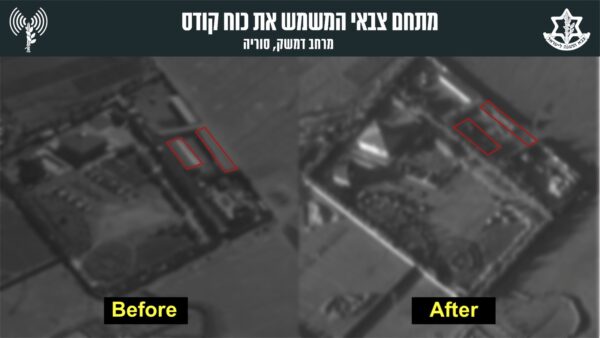 This is what IDF aerial photographs of the Iranian targets hit in Damascus region look like. – Photos: IDF Spokesperson’s Unit

Zilberman said the attack on the compound was to send a direct message and that Israel was ready for any retaliation.