Is annexation really a Foolish idea?

Op-ed: Electoral threat from Habayit Hayehudi is making the Likud come up with a few ludicrous ideas. 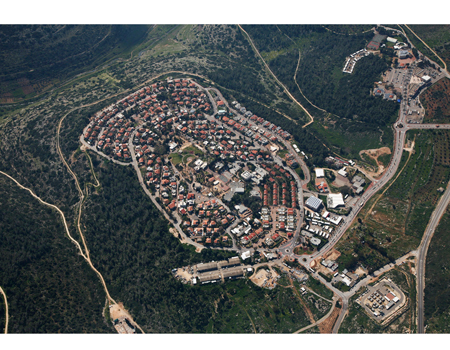 The idea of annexing the territories has been living among us for 45 years. No rightist government has ever implemented it, and no leftist government has ever rejected it. In December 1981, six months after the withdrawal from Sinai, Menachem Begin tried to define the border. He annexed the Golan Heights and drew harsh criticism from the world. Reagan’s America created a crisis, but it is in the nature of crises to end. The Golan Heights, however, remained annexed with a clear border.

Since then some prime ministers discussed a compromise on the Golan Heights despite the sovereignty. Netanyahu, for instance, did it twice. When the area in question has a small population, annexation is mainly a declaration. The current situation in Syria proves that despite Washington’s ire, Begin was right. It was better to annex the Golan than to achieve a temporary peace.

In Judea and Samaria, on the other hand, annexation is linked to the question of Palestinian civil rights, Israel’s policy’s Achilles’ heel. Some of those who favor annexation ignore the problem; others deal with it. But most people just talk. You cannot annex without granting blue (Israeli) identification cards to the Arabs who reside there. Under Naftali Bennett’s plan some 50,000 Palestinians are annexed. This would obviously cause a great deal of damage, even without taking the world’s response and the economic difficulty into consideration. Logic tells us that we can’t annex everything without risking a bi-national state – or at least a state that includes millions of Arabs. Those who don’t like the fact that Hanin Zoabi is a member of Knesset should try to imagine 30 more MKs just like her.

This week it was the turn of four senior Likud members to annex in theory. The electoral threat from Habayit Hayehudi is forcing the Likud to get creative during the election campaign. One of the most absurd ideas presented was to annex only the Israeli communities. Personally I am in favor of appropriating those areas where there is a Jewish majority – to narrow the dispute. There is enough to fight and negotiate about without the large settlement blocs. On the other hand, the idea to annex selectively according to religion and not according to territory is bad. The map of Israel would look like a fat ladybug with black spots on it.

The problem with the annexation weapon against Bennet is that it is a fabrication. Israelis who live in Judea and Samaria already have blue ID cards and are obligated to obey the State of Israel’s laws. Construction in the region is dependent solely on the approval of the government, which is represented by the aforementioned Likud members. So where’s the annexation? Whose ears is such a declaration supposed to reach? The world will not be convinced, and neither will the Israeli government.

This is how you lose on all fronts. When the ideas are ludicrous, all that remains is the stalemate. Sometimes it is the construction in the communities that is frozen, and other times it is the idea that the national camp is worthy of presenting a diplomatic alternative rather than sing “Ata Totach” at a campaign rally.