Is IDF’s planned metamorphosis a sign of future Iranian action?

Senior defense source says coming years represent opportunity for the  IDF to adapt to future challenges, but says Israel’s military establishment will need $16.05-$16.84 billion a year to do it.

The IDF is seeking government commitment to a multi-year defense spending plan – a commitment that has been absent for the past several years – as it prepares to deal with the possibility of a covert Iranian attempt to break through to nuclear weapons production, a senior defense source said on Sunday. 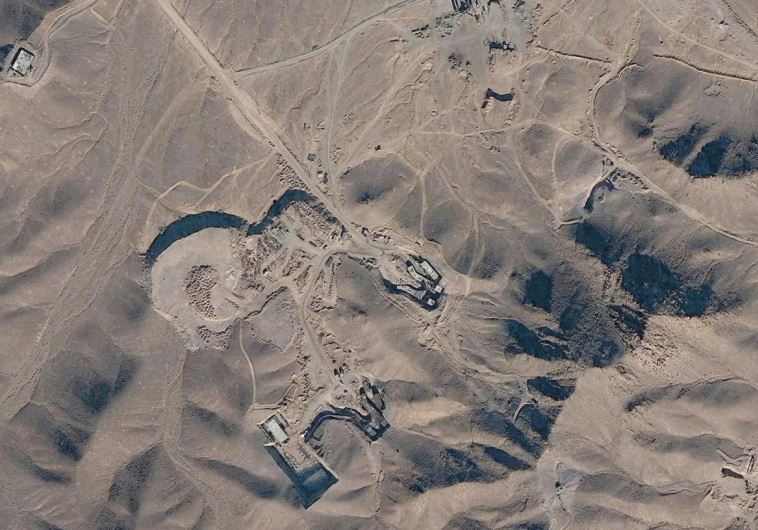 A SATELLITE view of the Fordow nuclear plant. The plant will not be shut down under the Vienna agreement, but no enrichment will be allowed there. – Photo: Google

The source said the IDF needs to assume that its most severe “reference scenarios” regarding Iran, Hezbollah, Hamas, and ISIS will come true, in order to correctly use the coming years to reshape the military, improve training, and make cost cutting reforms that include the shedding of 100,000 reservists and 5000 career soldiers.

Other proposed changes include military restructuring to create specialized war fighting and border security divisions that do not overlap one another.

The source spoke ahead of the publication of the findings of the Locker Commission, due on Tuesday, on the defense budget. The commission is expected to call on the IDF to reduce itself in size by a third – a recommendation defense sources described as being completely out of tune with Israel’s security environment.

There’s a reason the IDF has the most advanced capability in the world in underground warfare, protecting the population from missiles, cyber warfare, and satellites.

the source said, referring to defense spending.
Decision-makers weighing the future defense budget will have to take stock of the current and future threats to Israel, the risk management system they wish to employ, and the national strategy to deal with threats. They will have to define “the results they want from the military,” the source said.
Looking at the latest threat assessments, the source said, “I’m not saying this is what will happen, but we are preparing for a scenario in which, Iran after the agreement, moves into covert nuclear production.”

He added that no one within the Israeli defense establishment thinks Iran has given up on its vision of reaching a nuclear capability in the future.

In addition, “there’s no doubt that lifting the sanctions will enable Iran to activate its influence in the region in a discernible and significant manner, more so than today,” he said.

Iran is currently spending 4 – 5 billion dollars on its proxies and clients. “The restraint for Iranian activities on the other side of our borders comes from economic limitations. There’s no doubt that lifting the sanctions will lead to an increase in Iranian influence and terrorism,” the source said.

Despite international bans on Iranian arms trafficking, Tehran “does this all the time, and they will continue to do it in the future in Syria, Lebanon, and to other elements,” he added.

“Iran will be a central challenge for the IDF during this time. It will be a mission for Military Intelligence to [continue] monitoring, intelligence, and [provide] alerts. The intelligence will focus on Iranian [nuclear] efforts and [the regional] influence. Iran will continue to be the IDF’s first mission, as it has been defined since 2006,” he said.

This, alongside the collapse of the old order in the Middle East, the “galloping forward” of ISIS in Syria, Sinai, and Gaza, and traditional hybrid threats in the form of Hezbollah and Hamas, form the basis of the Gideon plan.

Military planners, led by IDF Chief of Staff Lt.-Gen. Gadi Eisenkot (who was deputy chief of staff in his previous role), have spent four years drawing up the Gideon plan.

It calls for significantly increasing the power of wartime multi-arena combat divisions, restructuring the army to create specialized brigades and battalions that focus exclusively on border security and leave the war fighting to the divisions, and improving weapons and and training.

“Hezbollah is the most significant enemy in our first circle,” the source said, using a term to refer to the countries that border Israel.

“Hezbollah has 100,000 rockets, although it is in the most difficult crisis point since its founding. It lost 1300 fighters in Syria, and sustained over 5000 injuries,” he said. The Shi’ite organization finds itself facing more than “two million Sunnis in Lebanon, due to the arrival of 1.6 million [Syrian] Sunnis.” ISIS has become Hezbollah’s “central enemy,” he added.

In both the West Bank and Gaza, Hamas is a central enemy of Israel, the source added. “We are trying to limit it in both arenas.” “Our required achievement is to be able to go war, while preventing any ground-based or aerial territorial achievements for our enemies, and minimizing the enemy’s achievement in the realm of projectile fire on Israel,” he said.

Israel’s ability to launch strikes on its enemies’ rocket and missile bases has grown “100 fold” in the past nine years, he added. Israel’s intelligence infiltration of Hezbollah is very high, according to the source. All of these capabilities “cost money,” he added.

“I don’t know any enemy that can stand up to our battalion or brigade battle group,” said the source.

“We demand [of ourselves] absolute land and naval superiority, and minimizing harm to Home Front Command as much as possible.” The IDF is working on addressing shortcomings, such as shortages in ammunition.

Turning to the Gideon plan, the source stated its goals as “magnifying deterrence in the region, being on high alert, and increasing the window of calm and normalcy around the state of Israel as much possible, to give the country time to flourish.”

A covert Israeli ‘war between wars’ against its enemies, which is ongoing, helps increase Israeli deterrence, limits armament efforts by foes, and sets up better conditions for a future conflict, he said.

The source stressed, however, that he sees “not only threats but also a big opportunity to adapt the IDF to future challenges. This is the basis of the Gideon multi-year program.”

The Gideon plan calls for significant cost cutting in the form of letting go of 100,000 reservists. “Those who are left will be better trained, equipped, and ready for war,” said the source. “The same is true of [reforms to] quality platforms in the air, sea, and on the ground.”

The plan calls for a new model for career soldiers, after shedding 5,000 of them. Under the new model, career soldiers like brigade and battalion commanders will be younger, and fewer.

According to the IDF’s calculations, it saves a billion shekels in salaries and pensions per 1000 career soldiers let go of service.

Cuts to reserve artillery support units and reserve battalions are also included in the plan.

” We want to set up school for command and control, and decrease officers. We have already cut four major-generals. For every 4 to 5 majors, there will be one lieutenant colonel,” said the source.

“We want to make cuts across all things not connected to combat: education, the IDF Rabbinate, Army Radio, the censorship division, the women adviser’s department, the reserves department,and the C4i Corps,” he said. “We’ll maintain aerial and intelligence superiority.” The result, he said, is a smaller military but one that is better prepared, equipped, and trained.

The source expressed doubts over the upcoming Locker Commission report on the defense budget, which calls for providing military pensions only to combat personnel from the level of battalion commander and upwards.

“To intercept an [Iranian arms smuggling ship like the] Klos Cdoesn’t take 20 personnel, it takes thousands of people working around the clock, including non combat personnel. To say that only battalion commanders or air force squadrons should receive pensions is a joke,” the source said.

According to the Gideon plan, one out of ten career soldiers will remain in the military long enough to get to pensions.

“There’s a reason the IDF has the most advanced capability in the world in underground warfare, protecting the population from missiles, cyber warfare, and satellites,” the source said, referring to defense spending.

The Gideon plan would be based on a multi-year spending commitment of between 61 to 64 billion shekels per year.