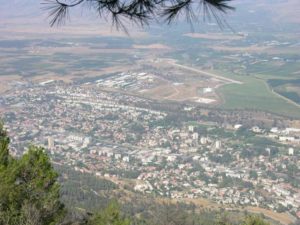 According to the evacuation plan, only residents whose job is vital for the continued operations of the city—such as municipality workers, police and rescue forces among others—would remain.

The IDF and the National Emergency Management Authority would evacuate residents to hotels in the Dead Sea area and in central Israel, which will be cleared of guests upon the declaration of a state of emergency.

The Defense Ministry already has agreements in place with some of the hotels, and new hotels will be added to the list to allow taking in the residents from the cities.

So far, only residents of small communities adjacent to the border were evacuated during military conflicts. In a future conflict, these residents would be evacuated to towns in the rear, with each frontline town being taken in by a homefront town.

Town leaders met several months ago to coordinate the evacuation, with the towns set to take in evacuees being equipped with extra beds, blankets and food.

The IDF has just concluded a large-scale training exercise in northern Israel simulating a scenario in which Hezbollah fighters are able to infiltrate the country and invade an Israeli community, taking hostages there and carrying out a large-scale attack.

In addition, both Hezbollah and Hamas are expected to fire barrages of rockets and mortar shells at Israeli communities and towns near the border. Hezbollah, in particular, has developed new short-range “Borkan” rockets that can carry hundreds of kilograms of explosives and penetrate even fortified shelters.