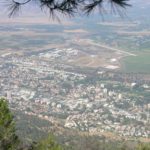 According to the evacuation plan, only residents whose job is vital for the continued operations of the city—such as municipality workers, police and rescue forces among others—would remain. Continue Reading »

Under the supervision of the Upper Galilee Regional Council, Ma’ayan Baruch ran an exercise evacuating its at-risk population on Israel’s Northern Border, in preparation for the probable ‘Third Lebanon War.’

A decade following the Second Lebanon War and on the background of warnings of Hezbollah threats, a few dozen residents of Kibbutz Ma’ayan Baruch kibbutz in the Upper Galilee participated on Tuesday morning in an evacuation drill, the first of its kind. The imagined scenario was a war on the northern border with Lebanon. The participants stayed in shelters, and buses were brought for the evacuation. Continue Reading »