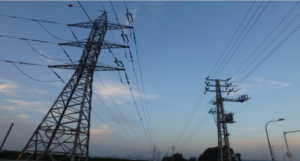 The Israel Electric Corporation may cut off electricity for as long as two hours a day. The Palestinian Authority owes about NIS 3 billion and about an additional NIS 150 million due to occurrences of theft of electricity.

Omari warned that the cuts will adversely affect institutions, hospitals, education, water, telecommunications, drug stores and other vital services and will further deteriorate the electrical situation in a manner similar to the situation in the Gaza Strip.

The chairman also stressed the need to act against electricity thieves with the power of the judiciary and security forces, pointing out that the Jerusalem Electricity Company continues to combat electricity theft, reduce losses and improve the finances of the company in order to pay off the debts to Israel.

In September, Kan News reported that the IEC would cut off the electricity supply to Palestinian villages in the West Bank to put pressure on the PA to pay its NIS 1.7 billion electric bill.

The IEC told the JDECO that electricity would be cut off on the 22nd of September from 10 a.m. to 12 noon local time in the cities and districts of Ramallah and Bethlehem, and on the 23rd from 12 noon until 2:00 p.m. on parts of Ramallah and Jericho and their area villages, according to WAFA.

JDECO buys electricity from the IEC and distributes it to hundreds of thousands of customers in East Jerusalem, Ramallah/Al-Bireh, Bethlehem and Jericho. According to Omari, Israel seemed to have gone back on the agreement made in August.

In August, Israel and the PA reached an agreement in which the authority would pay 300 million shekels to Israel to cover the debt owed to the IEC. According to the agreement, the money would be deducted from taxes for the PA, and the company and the authority would work to form an orderly contract for the supply of electricity.

In June, Kan reported that the PA had decided to stop paying for electricity supplied by Israel due to a financial crisis caused by the PA’s refusal to receive tax revenues from Israel from which payments to families of security prisoners and “martyrs” were deducted.

The PA denied that they had decided to stop paying their electricity bills.