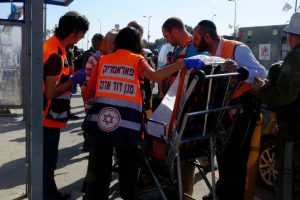 Since August 2017, the island has been battling the epidemic of the airborne pneumonic plague but cases have risen by 8% in the past week alone.

According to the World Health Organization (WHO), the “unusually severe” outbreak has now killed 143 people and infected nearly 2,000.

“We expect all packages to be delivered to the International Red Cross in Madagascar in the next few days,” Ayellet Black, Deputy Israeli Ambassador to South Africa, told the African News Agency.

“The delivery of different medical equipment such as gloves to carry out medical procedures is being coordinated between Israel’s Honorary Consul in Madagascar, Benjamin Memmi, and Madagascar’s bureau for natural disasters,” said Black.

“Israel has a long-standing tradition of offering humanitarian assistance and coordinating relief to alleviate disease, hunger and poverty,” added the Israeli envoy. “We have experience in helping countries going through natural and man-made disasters and will always provide assistance to help those in need.”

Although currently contained to Madagascar, nine nearby countries and territories have been identified by WHO as priority countries for plague preparedness, with experts fearing that the outbreak, described by WHO as “the worst in 50 years,” could reach mainland Africa.

Patients affected by the plague in quarantine in a tent. – Photo: RIJASOLO/MÉDECINS SANS FRONTIÈRES/AFP

A seasonal upsurge of the plague occurs annually between September and April. This year, however, plague season began earlier and is affecting more areas of the island than usual, including the capital city Antananarivo.

The World Bank committed an extra $5 million to Madagascar last week to boost the national response to the plague outbreak.

“This financial support should enable the state to better handle emergency expenditure related to the response, without affecting other social and infrastructure spending critical to the country’s development,” said Coralie Gevers, World Bank Country Manager for Madagascar.