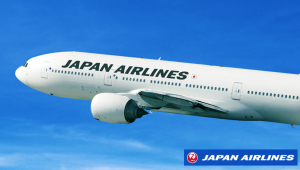 Transportation Minister Yisrael Katz and Japanese Ambassador to Israel Koji Tomita signed the deal in Jerusalem in a ceremony attended by Transportation and Foreign Ministry officials, representatives from the Civil Aviation Authority, and the Japanese deputy ambassador and commercial attache.

The agreement, signed after intense negotiations in Tokyo in 2015 between Israeli Civil Aviation Authority officials and their Japanese counterparts, renewed and upgraded an existing commercial flight agreement between the two countries, signed in 2000.

According to the new deal, up to 14 new direct flights will become available between the two countries each week.

The agreement also allows Israeli airlines to operate cargo flights from Ben-Gurion International Airport to a third country via Japan, as well as to sign code-share agreements with third-party airlines.

Most major airlines worldwide have code-share partnerships with other airlines, as these are considered a key tool in expanding an airline’s passenger base and extending its service to new markets.

The deal follows the announcement this week by Hong Kong-based Cathay Pacific, considered one of world’s best airlines, that it will begin operating direct flights between Hong Kong and Tel Aviv in March 2017.

“The skies to the Far East continue to open and Israeli passengers have everything to gain,” Katz said Thursday. He said deals with Asian airlines are pursued “as part of the Transportation Ministry’s policy to increase the liberalization of the aviation industry in Israel.”