Israel Knesset Member: ‘What would happen if Jews raped Arabs?’ 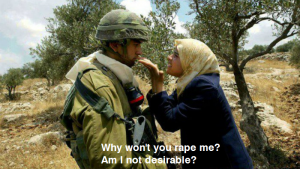 Likud MK Nava Boker on Wednesday reacted to the horrific rape of a 20-year-old mentally delayed Jewish girl in southern Tel Aviv two weeks ago, after police lifted a gag order on the arrest of two suspected Arab perpetrators and a hunt after the third Arab rapist.

In revealing the vile gang-rape, police noted that the three Arab attackers – one of whom is an Israeli citizen while the other two hail from Judea-Samaria – acted out of “nationalistic motives” and shouted racist slurs during the attack, which one of them video taped.
RELATED:

“Shocking,” said Boker in response to the case. “I don’t want to imagine what would have happened if it was Jews who raped an Arab woman. Actually, I already know: within 24 hours all of the (official) sources would be standing in line to condemn.”

Noting on how police covered up the incident in a gag order for ten days, she said, “I was shocked twice today: once because of this awful rape, and a second time because the police decided to hide this case.”

“I call on the police commissioner to immediately conduct a thorough check and understand why they hid from us this shocking case. Have we become like Sodom and Gomorrah? The girl’s shouts need to make everyone in the state tremble.”

“The only consideration that needs to stand before the police is a revelation of the truth, and not diplomatic considerations that they have no connection to. I hope that the legal system will mete out justice on those responsible for committing this awful crime,” concluded Boker.

The victim of the horrendous rape has been left in a difficult psychological state due to the traumatic assault, and she currently requires treatment.

Boker’s comment on what would have happened if roles were reversed highlights the absence of such cases of Jews raping Arab women – ironically back in 2007 a research paper that won a Hebrew University teachers’ committee prize claimed that IDF soldiers don’t rape Palestinian Arab women because they are racist.