Israel Police seeks to build on the fact that many of the new immigrants were too old to serve in the IDF, yet, are looking to give back to the community. 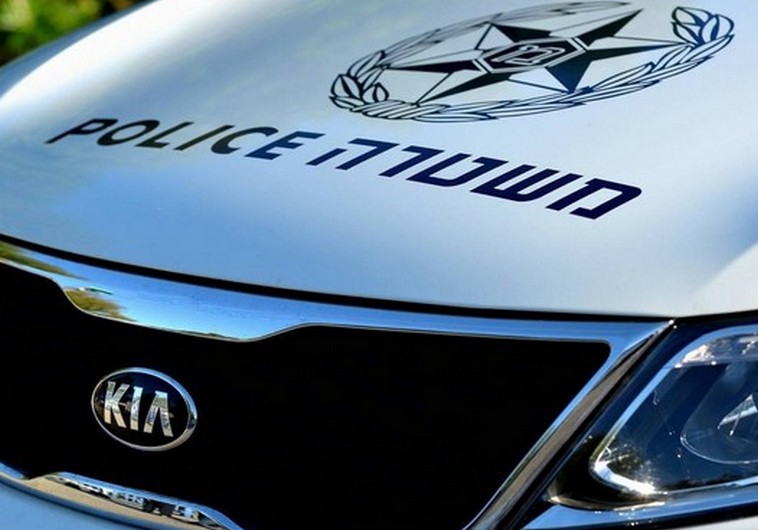 It’s a rather muted pep talk, but there’s a decent turnout to hear it – 30 or so mostly Anglo immigrants who have heeded the call to sign up as volunteer officers with the Tel Aviv police’s Yarkon subdistrict civil guard, which covers the city’s northern end.

They seem to be a pretty good cross-section of the Anglo community in Tel Aviv, mostly young men in their 20s, but also several young women, a middle-aged man and a woman who looks about his age. There’s also a stocky young guy with a beard and a kippa holding his police application and medical forms in hand and a middle-aged woman who brought copies of a book she wrote on counter-terrorism and was looking to pass them out to the two officers waiting to address the would-be recruits.

The volunteer drive was organized by Shultz; founder of the TLV Internationals young professional group, along with Jonathan Javor, who leads the municipality’s Young Aliyah Department and runs the oleh group Project TA together with Shultz. Javor said he attempted to launch a similar last year with the Lev Tel Aviv subdistrict on north Dizengoff, but it didn’t work out.

In the email sent out to the TLV email list last month, the group wrote that “as part of our mandate to encourage civic action amongst Olim within Israeli society, ProjecT.A., in partnership with the Israel National Police, invites our TLV Internationals community to help give back to our adopted home, and train to become official active-duty volunteer police officers in Tel Aviv.

Of course, there’s more to it than just giving back to the community.

“I thought it’d be pretty badass,” says Emily, a native of Westchester County, New York, adding “but I’m not a vigilante, I own zero capes.”

A 25-year-old student at the Interdisciplinary Center in Herzliya, she made Aliya 2.5 years ago and finished a year serving in the International Liaison department of the IDF, achieving the rank of corporal.

She said she was also inspired somewhat by her mother, who decided to try out for her local police force in New York at age 54, though she added that mom didn’t make the cut.

“Marcos”, a 27-year-old native of Venezuela, said he’s used to volunteering, having been part of a security service back in his hometown’s Jewish community. Marcos said he made Aliyah back in 2008 and served 2 years and 8 months in the army, in a combat engineering unit, and sees volunteering with the police as yet another way to serve the country.

He also said he thinks “Israel police are kind of a joke and maybe we could help them”, though he admitted that the Venezuelan police have more than enough to be embarrassed about.

He didn’t seem to be volunteering because he was a cowboy looking to cruise Tel Aviv with a badge and a gun, though after learning this reporter was from Texas, he said “I’d love to travel there, they let people get guns really easily.”

Marcos didn’t want his real name given, nor did his friend “Steve”, a 24-year-old South African immigrant who made Aliya in 2010. Steve also just recently finished his army service in the Engineering Corps and spent some time volunteering at a lone soldiers center and that “I’ve got time to volunteer, I might as well.”

Steve works as a bouncer at a couple clubs in Tel Aviv, and said that on the job and in his free time he sees a city that has changed, becoming, in his words, more dangerous and shady in the past four years.

Whether or not the city as a whole has changed, the neighborhoods they’ll potentially be policing are among the most boring and crime-free in Tel Aviv. These include Bavli, Ofeka, Ramat Aviv, Ramat HaHayal, and Neve Sharett. The last neighborhood did have a reputation back in the day as the “schunat peshah” (crime neighborhood) of north Tel Aviv, and a number of criminals like legendary murderer Herzl Avitan grew up there, but times have changed, and not much happens up there these days.

When asked what type of crimes they might be dealing with, Officer Mirit Hadar, the police liaison for the group said “in Ramat Aviv you have childrens’ parades, Purim, Hanukkah, stuff like that”. At times there are also suspicious packages or fights between neighbors, an officer present named “Emil” said.

Hadar did say that there is also a lot of property crime, in particular people breaking into cars to steal phones, purses, and the like. For the most part, the job of the around 530 volunteer police in these areas is to increase the police presence, helping the sense of public security she said.

Hadar was asked with all those Israeli-born volunteers in her subdistrict, what’s the draw of immigrant volunteers? She answered that in Tel Aviv people “demand the type of attitude and courtesy you bring” and that immigrants aren’t as hardened or “rough and rugged”, pronouncing the last word “rug’d”.

The training for the volunteers will consist of six meetings of 4 hours each, more than the usual four meetings for native-born Israelis, because of language issues, and also because of the fact that as immigrants, they probably don’t know the ways of the street in Israel too well.

At this point one immigrant asked how much of the training would be in English, to which Mirit said “none of it will be in English”.

Before all that begins though, they have to go through a background check, of which Mirit said, “we need to check first that none of you have any criminal record or criminal connections. You would not believe how many people come to us who have criminal records.”

That said, the background check will only be carried out in Israel, with the Israeli authorities. Potentially, if an immigrant had a criminal background in their country of origin there would be no way for Tel Aviv police to know through their typical volunteer background check, Hadar admitted.

Speaking after the meeting she said “that’s one of the reasons that they won’t go in the most sensitive positions, because I can’t tell entirely where they came from or who they are. It’s not like they’re from here and they have easy to follow tracks from the army or high school. But we’ll go through the people we receive and find out who they are.”

She also said that often Tel Aviv volunteer police can be one of two extremes – either they’re people who “want to sit around all day and have their friends see them in the patrol car” or they’re completely “muralim”, literally “poisoned” gung-ho types who try to rack up arrests every shift.

In her holster she’s got her service weapon – a Beretta 71 .22 semi-automatic pistol with an 8-round magazine, which she says is the same pistol that the police volunteers will be deployed with at the end of their training and licensing. While it doesn’t have the stopping power of other Israel Police service pistols like the Jericho 941 or the Glock 17, it can certainly still kill a man, and was reportedly a pistol of choice for Mossad hit teams.

There are currently a little over 28,000 sworn officers serving in the Israel Police and the number of volunteers in the civil guard is significantly higher, numbering in the tens of thousands. This is much lower than in the mid-70s, when there were more than 130,000 volunteers serving in the civil guard. The issue of having so many volunteers out on the street with the ability to arrest civilians is not without controversy. They are able to go into service following a simple background check and security exam and several four hour training sessions, as opposed to regular police, whose training lasts seven months.

In late November, there was some controversy raised when the Tel Aviv municipality announced that they are launching a 200-strong private municipal policing force, to be paid for by municipal arnona taxes beginning in January. The program will join similar ones in 55 other cities in Israel and will see private citizens who are not sworn police officers patrolling the streets with the ability to search and detain – but not arrest – suspects.

It’s unclear what the Anglo immigrants present Monday night will bring to the table, but that will be up to their officers to find out. Judging by conversations with over a half a dozen of them, it didn’t appear that they were a bunch of cowboys looking to get a pistol and live out their own version of “Taxi Driver”, nor did any say that they were joining because of the “lone wolf” terror attacks recently in Israeli cities or express any anti-Arab sentiments. If someone had come Monday night expecting to see the Facebook group popular with Anglos immigrants “Secret Tel Aviv” with guns, they would have been disappointed. It seemed that most of the people present were relatively new immigrants who were already too old to serve in the army and were looking to give back to the community in their adopted hometown and see the Israel police as a good fit.

For Maud Gawsewitch, 35, from France, the Army stopped being an option more than a decade ago, and though she said she would have wanted to volunteer for ZAKA – the Haredi body-collecting rescue unit – as a woman, that’s not an option.

“I want to help with some of the smaller things, do my part,” she said, before smiling and adding, “I also like the uniform.”