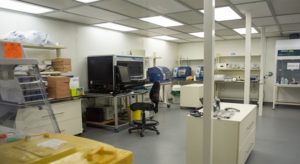 Israel gets top global rating for promoting health and safety during the Covid-19 pandemic, according to the Deep Knowledge Group website.

By United with Israel Staff

The Deep Knowledge group put Israel in first place among countries around the world when it comes to promoting safety amid the coronavirus pandemic, Prime Minister Benjamin Netanyahu’s media adviser announced Tuesday.

The Deep Knowledge Group is “an investment fund focused on AI and DeepTech, which values knowledge above profit,” its website says.

Israel has been ranked first in the Covid-19 Health Safety Countries Ranking on the Deep Knowledge Group (@DeepTech_VC) website.https://t.co/ssRnDMu5Bp pic.twitter.com/f1qTIOOYJj

Netanyahu announced severe new restrictions Monday night [and again Thursday night] in an effort to curtail the spread of the virus. To date, 33 Israelis have succumbed to the disease, with 338 having totally recovered from the 6,857 deemed having the virus [107 seriously ill, 127 moderately ill & the remainder, ‘carriers’ who show very little to no symptoms], as a result of massive nation-wide testing.

During the announcement, the prime minister Netanyahu mentioned that he was addressing Israelis from isolation, as he had been in contact with another person confirmed to be infected with COVID-19 – his aide, Rivka Paluch. The only other person in the room was the cameraman, who was six meters away, he said.

He added that he had done his own hair and makeup before the broadcast, quipping that was why he looked like he did.

Test results showed that Netanyahu, 70, is not infected with the virus.

Israel has been a world leader in taking steps to protect its citizens since the start of the pandemic.

Hundreds of Israelis have returned home from abroad as the coronavirus pandemic continued to threaten populations across the globe.

In fact, aliyah (immigration to Israel) continued during the past several weeks with 961 immigrants arriving in Israel since the beginning of the month, despite the global coronavirus crisis and the closure of borders and skies in many countries.