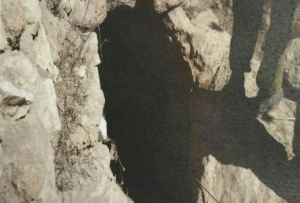 Amongst other things, members of the group are suspected of trying to set fire to the local soccer stadium in order to prevent a concert scheduled for Eid al-Adha during a performance by one of the winners of Arab Idol which was to occur in Taybe. The suspects told Shin Bet investigators that the arson attempt was inspired by ISIS – meaning, they believe that live music is immoral and against Islam, thus violating the principles of the “Islamic State.”

The three also planned to smuggle weapons from the Tulkarem area into Israel as part of preparations for “Judgement Day,” in which the three believe they will fight infidels.

According to Islam, judgment day will begin when the “Armies of Rome” attack the “true believers” on the plains of the Syrian city of Dabiq. In the battle of the end of days, 5,000 “true believers” will gather on the Temple Mount in Jerusalem to fight off an anti-Messiah called the Dajjal. Jesus will come down and destroy the Dajjal, and lead the “true believers” to victory. The men wanted to smuggle the weapons in preparation for this battle.

The cell members planned to smuggle the weapons and fighters via a tunnel between the West Bank and Israeli territory under Ibrahim’s house. The 15-meter-deep tunnel was uncovered and searched by IDF forces.

Entrance to the uncovered tunnel from Taybe into Israel – Photo courtesy: IDF

During the course of the investigation, it was revealed that one of the suspects, Amir Jabara, was arrested by Turkish security forces in April 2016 after attempting to enter Syria via Turkey to join ISIS. Ibrahim Yusuf made a similar attempt after building a homemade pedal-assisted glider to travel to Syria.

In Israel, any act of support for ISIS is a criminal offense and is severely dealt with by law enforcement.